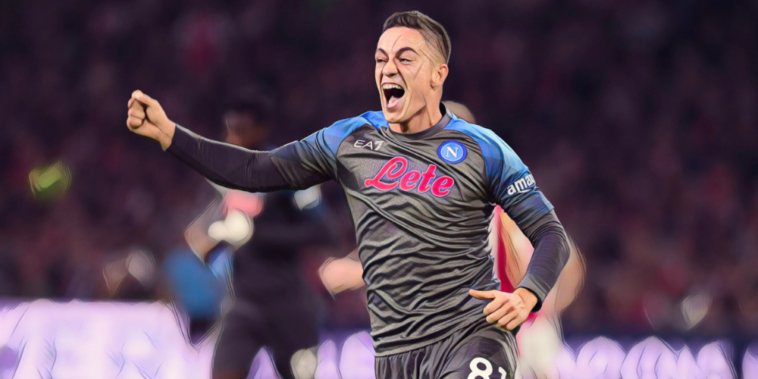 The UEFA Champions League’s group stages are at the midway point following the latest round of fixtures and we’ve delved through the midweek action to compile our Team of the Week.

Liverpool beat Rangers in a battle of Britain at Anfield, while Manchester City maintained their perfect record with a convincing win over Copenhagen. There was an impressive performance from Chelsea as the west Londoners got their campaign up and running against Milan, but Spurs have work to do after being held to a goalless draw at Frankfurt.

The 23-year-old underlined his status as one of the best young goalkeepers outside of Europe’s top five leagues with a brilliant performance. Costa made six saves – with four coming from inside the box – and kept out Patrik Schick’s penalty with the game goalless.

Diogo Costa's heroics were the main reason Porto got a 2:0 win over Bayer Leverkusen:

The win moved Porto level with Leverkusen and Atletico Madrid on three points in what looks set to be a fascinating battle for qualification. Surprise package Club Brugge sit top of the group with a perfect record to date.

As complete a full-back as there is in European football right now, James was unstoppable on occasion during Chelsea’s 3-0 win over AC Milan.

The 22-year-old is strong defensively and a brilliant threat when venturing forward, as he combined well with Raheem Sterling down the right flank. He became the youngest player to score and assist in a Champions League game for Chelsea, as he first teed up Pierre-Emerick Aubameyang before lashing home a high finish of his own just moments later.

James exudes confidence and quality in the final third and has now been directly involved in 19 goals since the start of last season. Graham Potter was full of praise for the defender at full-time, insisting James has the potential to become a Chelsea legend.

Napoli have emerged as the team of the tournament so far, as Luciano Spalletti’s team proved their thrashing of Liverpool was no fluke with a statement showing at Ajax.

The Serie A leaders ran riot to win 6-1 in Amsterdam, in a performance which proved Napoli have the talent to trouble any team in the competition. Spalletti’s side are exciting, energetic and clinical, with their summer signings have transformed Napoli into potential dark horses.

While the attacking performance will earn the acclaim, there was another stand-out showing from Kim Min-Jae. The South Korean centre-back arrived from Fenerbahce during the summer and has been outstanding to date, earning the Serie A Player of the Month accolade for September.

Against Ajax he was again impressive, leading the clash for interceptions and winning 100% of his duels both in the air and on the ground.

Marseille got their season back on track with a convincing 4-1 win over group leaders Sporting, with the French side aided by a nightmare showing from goalkeeper Antonio Adan.

Igor Tudor’s side punished the mistakes of the 10-man visitors, who had Adan sent off after the goalkeeper had earlier gifted Marseille two goals with mishit clearances.

Chancel Mbemba capped an impressive defensive performance – in which he won four tackles and 7/9 duels contested – with the fourth goal, as the centre-back showed neat footwork inside the area before firing home a low finish.

Mathias Olivera was an outstanding outlet as Napoli sent out a statement of intent at Ajax. The Uruguay international continued his strong form this season with another eye-catching performance at left-back, in which he regularly raided down the left flank to carve out goalscoring opportunities.

The 24-year-old created more chances (3) than any other teammate during Napoli’s 6-1 win, while he took his total to two assists in two Champions League starts this season with a dangerous delivery that was headed home by Giacomo Raspadori.

🇺🇾 Mathias Olivera created more chances (3) than any other Napoli player against Ajax.

In a performance packed full of star showings, Anguissa was perhaps the stand-out for Napoli after another impressive showing on the Champions League stage.

Ajax couldn’t handle the former Fulham midfielder, whose axis with Stanislav Lobotka saw Napoli dictate and dominate in Amsterdam. Anguissa’s mix of tricks and tenacity saw him lead the contest for duels won and fouls won, with the 26-year-old providing an intelligent press and quality in possession.

In his first season of Champions League football the Cameroonian is enjoying himself. He took his total to three assists for the group stage so far with two at Ajax, in another brilliant box-to-box performance.

Jude Bellingham celebrated a special night with a dominant performance as Borussia Dortmund won 4-1 at Sevilla.

Bellingham became the first English teenager to start a Champions League game as captain, while at 19 years and 98 days he became the third-youngest captain in the competition’s history, behind Ruben Neves and Matthijs de Ligt.

The England international demonstrated just why he is so highly regarded at Dortmund with an influential display in midfield, as he scored one and created another in Seville. His goal was a moment of real individual quality, as Bellingham drove and jinked his way into the area before sliding a finish home with the outside of his boot.

He has now has provided more Champions League assists (4) than any other English player since the start of last season and has a price-tag that rises with each performance.

Rodrygo continues to grow into an ever increasingly important figure at Real Madrid, with the Brazilian excellent once again in the club’s 2-1 win over Shakhtar Donetsk.

The winger proved a real threat for the Ukrainian visitors all evening as he drifted inwards to combine with Karim Benzema. Rodrygo opened the scoring for the holders with a smart finish from the edge of the area, before fantastic combination play with Benzema and Vinicius Junior saw the 22-year-old tee up the latter for the second.

He looked dangerous whenever in possession and continued his superb record in this competition. He has now been directly involved in 17 goals (11G and 6A) in just 30 appearances – only 13 of which have come from the start.

Bayern Munich cruised to a 5-0 win over Viktoria Plzen to maintain their perfect start to the group stage, with Julian Nagelsmann’s side yet to concede a goal as the Bundesliga champions make light work of the tournament’s supposed ‘Group of Death’.

Sadio Mane was in brilliant form for the Bavarians, with the summer signing a constant menace to the Czech champions as Bayern ran riot at the Allianz Arena. Mane scored the third goal with an individual effort, as he showed the drive and tenacity of his Liverpool best to burst through and fire home.

The Senegal international then turned provider, as his perfect clipped pass found Leroy Sane who made no mistake to score Bayern’s fourth of the evening.

Raspadori was at the centre of Napoli’s destruction of Ajax, as the summer signing produced a scintillating centre-forward performance.

The 22-year-old scored twice and created another as Luciano Spalletti’s side punished Ajax, with his first a brilliant header as he guided Mathías Olivera’s cross into the far corner with precision.

Raspadori then swept home Napoli’s fourth of a fantastic evening, before a neat one-two set up the impressive Khvicha Kvaratskhelia in a stunning showing from the visitors.

Giacomo Raspadori has scored 6 goals in his last 7 matches for club and country 🔥#UCL pic.twitter.com/YQBmryl0pb

There is confidence and momentum growing in Naples this season.

Just another day at the office.

Haaland added two more goals to his increasingly vast collection, with the Norwegian needing just 11 touches and four shots to put Copenhagen to the sword at the Etihad.

Pep Guardiola provided the Danish visitors with some relief after withdrawing Haaland at half-time, perhaps all that prevented the 22-year-old from recording his fourth hat-trick of the season already.

Erling Haaland has scored in every game this season apart from one 🤯 pic.twitter.com/8YAC9rNz20

He now has 28 goals in just 22 appearances in the Champions League, with his latest salvo taking Haaland past Rivaldo (27) and Luis Suárez (27) on the competition’s all-time scorers list. The numbers are truly mind-boggling. Expect them to get even more incomprehensible as the career of this special talent progresses.