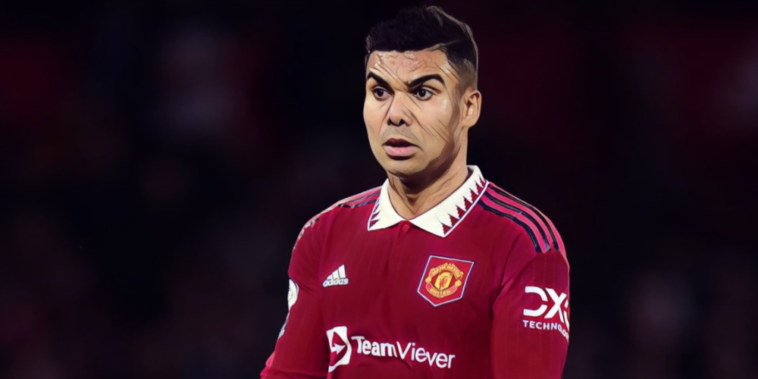 Casemiro has discussed Erik ten Hag’s obsession for winning and how has has been surprised by the Manchester United manager.

United have made a positive start to Ten Hag’s tenure since the manager’s summer arrival from Ajax, with the Red Devils unbeaten across their last eight fixtures across all competitions.

Casemiro was one of the marquee additions during the Dutchman’s first summer transfer window and the midfielder has made a strong start since swapping Real Madrid for Old Trafford.

The five-time Champions League winner has featured under a number of world class managers during a decorated career in Spanish football and has discussed how Ten Hag compares to his coaches at the Bernabeu.

“I believe that, after being in football for quite a while, despite the fact I am only 30, his obsession for winning is what surprised me the most,” said Casemiro at the pre-match press conference in Spain ahead of United’s Europa League clash with Real Sociedad.

“I think he’s got many strengths. We all know it’s a process and we are growing together. But we all see that he wants to win.

“It’s something I have only seen in very few managers.”