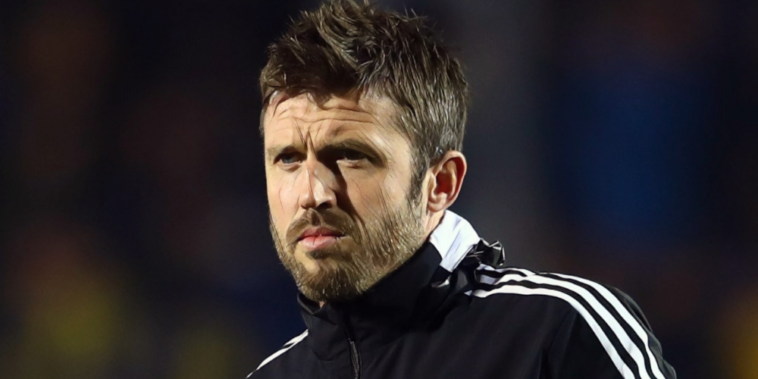 Michael Carrick says he is relishing the challenge at Manchester United after being named as the club’s caretaker manager.

Carrick has been placed in charge of first-team affairs on a short-term basis following the sacking of Ole Gunnar Solskjaer on Sunday, the Norwegian dismissed following the Red Devils’ 4-1 defeat at Watford.

United have lost seven of their past 13 fixtures across all competitions and Carrick’s task will now be to revive the club’s faltering fortunes, ahead of a crucial Champions League meeting with Villarreal tomorrow evening.

The 40-year-old – who formed part of Solskjaer’s backroom staff – suggested there may be some changes to the side during his time in charge, admitting he is ‘relishing’ the challenge after being handed the ‘responsibility’ of overseeing the side.

“It’s a challenge, of course it is,” Carrick told his pre-match press conference.

“The initial reaction yesterday, coming to terms with the situation, but quite quickly you have to focus. There’s a responsibility here. I don’t take that lightly in any way. I’m just throwing myself into doing everything I can.

“Of course it’s a limited time but it’s a challenge I’m relishing at the moment. It’s a huge responsibility but I’m really looking forward to it. I know it’s not what we wanted but it’s a fantastic group – they’ve proved that before and they’ll prove it again.”

Carrick also spoke on the threat posed by Villarreal, who sit level with the Red Devils on seven points in Group F ahead of their meeting in Spain.

The caretaker boss insisted the result is the ‘biggest thing’ for his side ahead of the clash, though is expecting a difficult test against the club’s Europa League final conquerors.

“The biggest thing for the fans is a result. What matters now is getting the right results, how we go about our business. There’s a responsibility that comes with playing for this club that doesn’t come with playing for many others.

“[Villarreal] are a very good team. Very well organised and very well coached. In the [Europa League] final we played very well at times but didn’t have the cutting edge. To lose like we did, that hurts when you get so close but we weren’t good enough to finish it off.

“They have a good mix, a good balance and we respect that. We’ve met a couple of times and we know each other a little bit better. It’s a big game for both teams but it’s one we can really look forward to.”