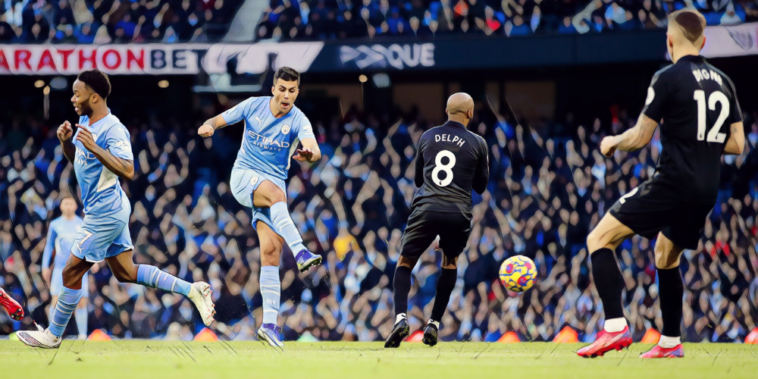 Ole Gunnar Solskjaer’s reign at Manchester United is finally over, the Red Devils severing ties with the club legend following the embarrassment of a 4-1 thrashing at struggling Watford.

It was a decision that has been coming and one that came too late, a period of poor performances and the manner of recent losses to Liverpool and Manchester City having made the Norwegian’s position untenable.

Solskjaer has faced huge criticism in recent weeks and whilst a fair amount has been just, he has continually defended a squad who have let him down and performed well below expectations.

The defeat at Watford was shambolic and saw the side reach a new nadir, the somewhat blind faith that Solskjaer was the right man for the job having been extended too long.

However, his decision to front a farewell interview was admirable and the emotion shown demonstrated a man who cares deeply about the club, even if he ultimately proved to be far from the right fit to restore the Red Devils to former glories.

Conor Gallagher’s excellent showings on loan at Crystal Palace have made the midfielder the stand-out nomination for signing of the season, but Emmanuel Dennis is beginning to rival the newly-capped England international for that title.

Dennis was a menace throughout as Watford thrashed Manchester United 4-1 at Vicarage Road,  teeing up Josh King for the opener, before rolling the ball into the path of Joao Pedro to register his second assist of the afternoon.

Emmanuel Dennis in the Premier League:

An excellent start to life at Watford. 🔥 pic.twitter.com/J5FqUgRHUM

The Nigerian international switched positions with the aforementioned King as Watford’s fluid forward line caused problems all afternoon, with Dennis capping an excellent individual performance after rifling in a fourth goal for the Hornets in stoppage-time.

The 24-year-old arrived for the modest initial fee of around £2 million during the summer and has began brilliantly in the Premier League, showcasing versatility and mobility in addition to a clinical touch around goal.

It’s now nine goal involvements  – second in the Premier League to Mohamed Salah – in just ten league starts for Dennis, who is fast becoming one of the bargain buys of the 2021/22 campaign.

Rodri had scored just one goal from outside the box before making the move to the Premier League, but has since netted four of his seven goals in the division from range including this weekend’s thunderbastard against Everton.

The Spain international is becoming increasingly important to Manchester City and produced another fine performance in the 3-0 win over Everton, leading the side for touches and tackles won in addition to his phenomenal hit to double the champion’s lead.

Allan’s half-clearance fell invitingly to the onrushing midfielder, whose rocket flew past Jordan Pickford and handed the champion’s an advantage they never looked like relinquishing.

Honourable mentions go to Maxwel Cornet’s latest special during Burnley’s draw with Crystal Palace, whilst the first goal of the Steven Gerrard era proved a fine effort with Ollie Watkins netting a thumping finish after a surging run forward.

Raheem Sterling returned to form with a vibrant performance in Manchester City’s win over Everton, scoring the game’s opening goal after putting the finishing touch to Joao Cancelo’s outrageous assist.

Sterling was bright and busy in a performance that will offer encouragement to Pep Guardiola, though had one moment to forget after squandering a guilt-edged chance to net a second.

Faced with the simplest of tasks to tap the ball into an open net from Kyle Walker’s cross, the winger got his feet in a muddle attempting to feign back past the scrambling Jordan Pickford.

Christian Benteke – another who enjoyed a positive performance this weekend – was another to miss a glorious chance, heading wide from point-blank range in Crystal Palace’s draw at Burnley.

The weekend’s action was packed full of memorable celebrations, from Jurgen Klopp’s over-exuberant delight at Liverpool‘s opening goal against Arsenal – fuelled by a touchline spat with Mikel Arteta – to Steven Gerrard’s fist-pumping antics as Aston Villa won in his first match in charge.

Few can match the extroverted passion of Antonio Conte, however, who struggled to contain his delight after Tottenham secured a 2-1 in over Leeds.

Antonio Conte is FIRED UP after recording his first Premier League win as Tottenham manager 👏 pic.twitter.com/lARxaXzGrG

It was a first league win for the Italian since his appointment in north London and Conte will hope his drive and desire can translate onto the pitch after an unconvincing win in the capital.

Trent Alexander-Arnold continues to shine in a division packed with elite full-backs, the Liverpool defender at his creative best as the Reds thrashed Arsenal 4-0 at Anfield.

The 23-year-old has now registered seven assists in his past four starts for club and country after adding two more to his total against the Gunners, with the 23-year-old having created more Premier League goals than any other player since the start of the 2018/19 campaign.

Not for the first time this season, Manchester United had more than their fair share of contenders for this dishonourable award, the club’s disastrous defeat at Watford bringing an end to the Ole Gunnar Solskjaer era.

Watford were full of energy and attacking intent as the Red Devils failed to cope with the home side, their defensive fragility exposed again as the Hornets hit four at Vicarage Road.

Harry Maguire‘s season has been nothing short of a calamity during the campaign’s opening weeks, the panic and errors that have plagued his game returning during a shaky showing in which he was sent off for picking up two bookings in just seven minutes.

His second was for a wild lunge on Tom Cleverley after overrunning the ball in possession, receiving his marching orders with the game poised at 2-1.

After the ill-advised celebrations when scoring for England during the international break, this was an instant crash back down to earth for a player struggling for form in a turbulent time at Old Trafford.

Aaron Wan-Bissaka, Scott McTominay and Bruno Fernandes were all deserving of criticism post-match, the club’s next manager facing a huge task to galvanise this side.