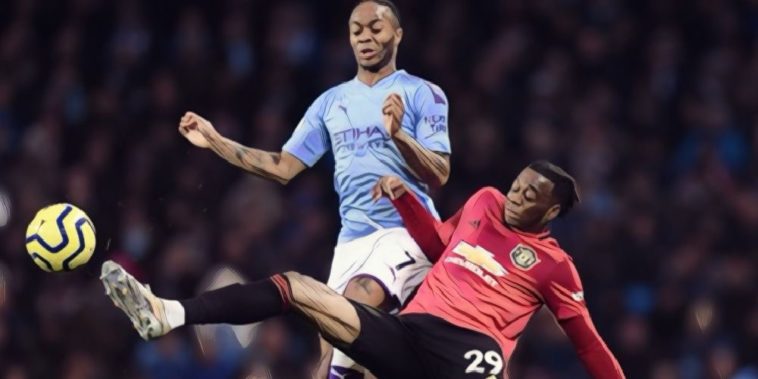 The Manchester United right-back starred during his side’s 2-0 victory over Manchester City at Old Trafford, drawing praise from the media after nullifying the threat of Raheem Sterling with a series of perfectly timed challenges.

The 22-year-old also bettered the England international during the reverse fixture at the Etihad – a game in which United also secured victory – and Carragher believes the duel between the players has become a fascinating sub-plot of the modern Manchester rivalry.

“Yes it’s the two Manchester clubs but it’s Raheem Sterling against Aaron Wan-Bissaka. I actually think that you can talk about Ole Gunnar Solskjaer having a good record against Pep Guardiola but what can Pep do next time?

“I think something Pep has to do next time is not put Raheem Sterling up against Aaron Wan-Bissaka.

“Normally – I’ve played full-back and didn’t have the pace of Wan-Bissaka – you would try to get out to Sterling because he’s too quick for me, too good on the ball but Wan-Bissaka is almost like ‘yeah, run at me – bring it on.’

“Sterling is one of the best three or four wide players in the world but Wan-Bissaka’s saying: ‘Come on, you’re not going to get past me.’

“In that position I think any other full-back in Europe Raheem is away because of his pace but even when you actually get past Wan-Bissaka look at his legs coming from nowhere.

“I actually think Wan-Bissaka is the best one-on-one defender as a full-back in the world. I don’t think anyone would get the better of him.”