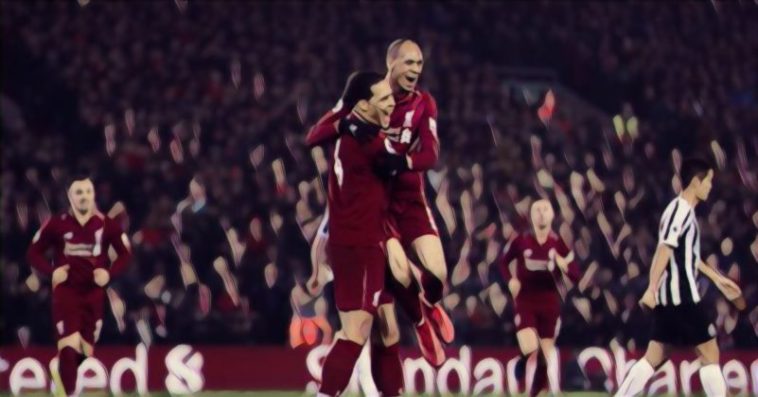 Jurgen Klopp’s Reds are currently in the middle of an intriguing title battle against Man City, with the reigning Champions ahead on goal difference, although Liverpool have a game in hand.

Carragher accepts Liverpool will struggle to match the style of play Guardiola’s side produce, but he reckons that with the Reds having the best defensive record in the Premier League – conceding just 15 goals in 26 games – and having the top flight’s best defender in Virgil van Dijk among their ranks, could swing the title race in their favour.

“What Man City do – blowing teams away, scoring so early, the football that they play – you could argue that is the best football to watch,” Carragher told Sky Sports.

“You want to go and watch that, you’re excited by watching City more than any other team in the Premier League, I get that.

“But winning the Premier League is about who gets the most points and there’s different ways of getting points.

“Liverpool still play fantastic football, probably not as eye-catching and blistering and goals galore as Manchester City do.

“But Liverpool have relied a lot this season on what they’ve done defensively, the two Dutch players were outstanding at the weekend, Wijnaldum was back and certainly that man Van Dijk at the back what he’s done. He’s the best defender in the league.

“So we talk about the attacking players City have at the other end, Liverpool can almost match them I would say, but in terms of Van Dijk, Liverpool have the best defender.

“So Liverpool could actually win the league that way.

“It’s not so much about how well you play, it’s getting the three points.

“More often than not this season Liverpool have done that.”