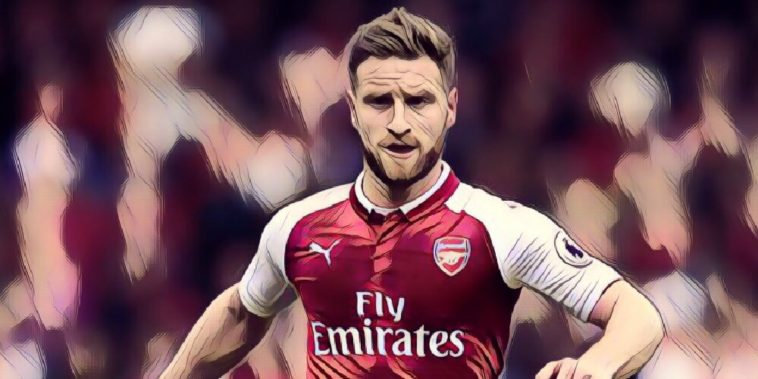 Jamie Carragher has cast his eye over the weekend’s action and took the time to highlight the defensive mistake made by Arsenal defender Shkodran Mustafi during the 1-1 draw with Liverpool.

Liverpool took the lead just after the hour mark when the ever lively Sadio Mane ran in behind Mustafi before firing the ball across the face of goal. It was pushed out by Gunners ‘keeper Bernd Leno into the path of James Milner, who duly fired the visitors ahead.

Analysing the performance, Carragher criticised the German’s positioning, saying that he should have been less concerned with staying in the middle, and more focussed on shutting down the space:

“I’ve got a problem with centre-backs wanting to stay in the middle,” he said on Monday Night Football.

“People only run when they see space, if I stand in that space, he’ll look but he won’t run.

“Yes the keeper can do better, but I think Mustafi is more culpable than anyone in terms of his starting position and can he do more to stop the cross?

“He’s got to do much more to stop the cross, he doesn’t actually attempt to stop it, throw your leg at it, do something.”

Carragher also slated Liverpool’s Virgil van Dijk for his role in the equalising goal. Click here to read his comments.