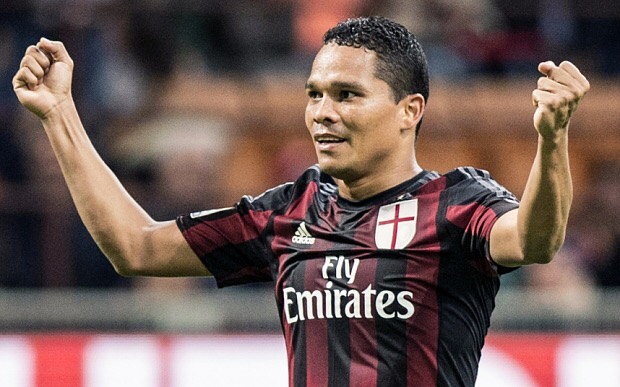 After signing André Silva back in June and with a possible new striker yet to come, where will AC Milan’s Carlos Bacca be playing his football next season?During his time at Sevilla, Carlos Bacca was at the top of his game, scoring goals and even winning European trophies with the Spanish club.However, whilst at Milan, the Colombian hasn’t had much to shout about and with the new Chinese ownership in full force, the forward is being pushed out.

Marseille and Sevilla are the clubs interested but on the 5th August, Bacca’s agent made his clients thoughts clear:

“It’s now known that Carlos wants to return to Sevilla.

“He lived a fantastic period sporting-wise in that city.”

He also claimed that he and Bacca wanted to see out the whole of the five year contract given to him in 2015 but Milan “had other plans”.

A sale would make sense for both parties; Milan don’t want Bacca any more and the forward may need a fresh start if he wants to get in the Colombian side for the 2018 World Cup in Russia. The fee that Milan want for the striker is €25m but they could be tempted by an offer of €20m.

West Ham and Arsenal were linked with the striker last summer, but a move never materialised and they have now signed alternative players.

So Carlos Bacca will be leaving the San Siro this summer by the looks of things, but where will be his destination.