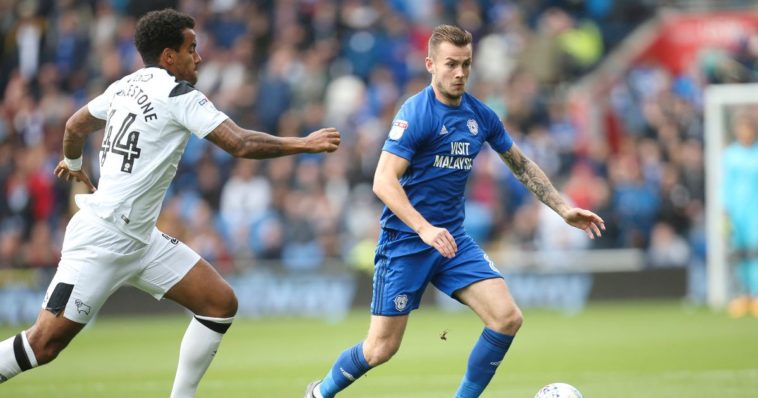 Cardiff City remain top of the Sky Bet Championship table despite being held to a goalless draw by Derby County.

The Rams fans that made the 314 mile-round trip to South Wales weren’t expecting much from their side following a run of poor results, and they didn’t see much from their side in the first half as Cardiff dominated possession, with Rowett’s men failing to look lively at all.

Cardiff however didn’t create too many chances of their own in the opening 45 either, with Junior Hoilett’s effort being tipped over the bar by Scott Carson the only notable highlight.

The game was a more exciting contest after the break. A half time sub saw Derby bring on Chris Martin, who’s hold up play allowed his Rams teammates to make more forward runs. Derby also had more width in the second half, and were causing more trouble for their opponents than they had earlier in the afternoon.

The Bluebirds continues to hack away at their visitors though, and forced numerous set pieces as they pushed for their third consecutive win.

But it was Derby who came closer, with left back Craig Forsyth seeing his effort come back off the bar, before Johnny Russell’s follow up was blocked by Bruno Manga. Then, in the late stages of the game, Chris Martin and David Nugent linked up in the Bluebirds box, but Nugent’s shot was well saved by Neil Etheridge in the Cardiff goal.

The result means Cardiff remain top of the table, but are just point ahead of second placed Wolves. Meanwhile, Derby have now drawn their last three matches, and face bitter rivals Nottingham Forest in their next league tie after the international break.