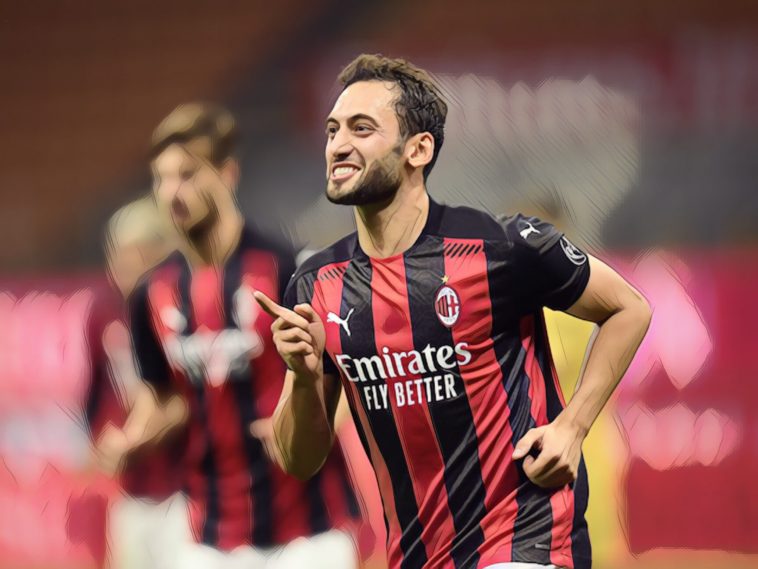 Hakan Calhanoglu is almost certain to join Manchester United on a free transfer this summer, according to Bild head of football Christian Falk.

Calhanoglu has entered the final year of his contract at AC Milan and is yet to agree terms over a new deal at the San Siro, with the midfielder free to negotiate a pre-contract agreement with foreign sides in the new year.

The Turkish international has become a key figure for the Italian side since signing from Bayer Leverkusen three years ago and was subject of interest from Juventus during the summer, though Ole Gunnar Solskjaer’s side have now emerged as the frontrunners for his signature.

United are understood to have held a long-term interest in the 26-year-old who would further add to the club’s creative midfield options, Calhanoglu comfortable in a number of attacking positions and has forged a reputation as a fine set-piece taker.

Falk revealed that initial talks over a potential move to the Premier League took place during the summer and says discussions have taken place over the player’s salary ahead of a free transfer move.

“According to our information, the first talks between Manchester and the entourage of Calhanoglu about a transfer in 2021 already took place this summer,” Falk told SempreMilan.

“At that time, things were already very advanced. This is supported by the fact that the management rejected an offer from Juventus for an immediate transfer in 2020 shortly before the end of the transfer deadline.

“At the moment it’s about the exact salary for the transfer. Calhanoglu has the big advantage that he is a free agent.”

Calhanoglu’s arrival as a free agent would represent a coup for the Red Devils in securing a player with pedigree at the highest level for nothing, with Bild confident a deal will be agreed between the Premier League side and the Turkish midfielder’s representatives.

Asked what the percentage chance is of Calhanoglu joining United, Falk replied: “90%.”