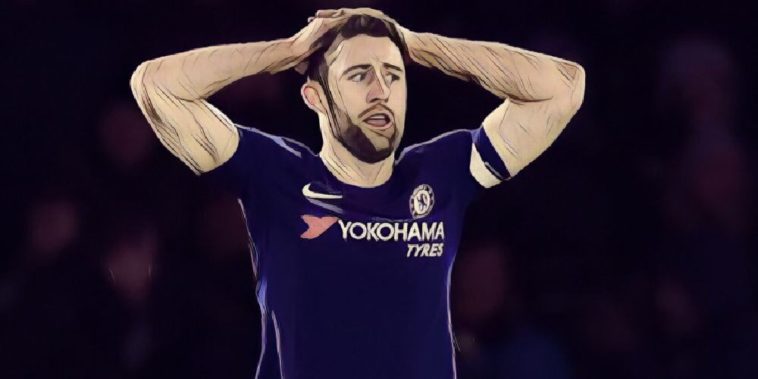 Gary Cahill has questioned whether Chelsea’s disappointing season could be attributed to a lack of confidence.

The Blues have slipped to fourth place in the Premier League in recent weeks and have been left battling to actually qualify for the Champions League, despite having won the title last year.

The latest embarrassment was a 4-1 humbling against struggling Watford last Monday, a game that Chelsea conceded three goals in the final 10 minutes, after having being so defensively solid last season.

Now, speaking to Sky Sports, the England international has questioned whether his sides poor results can be attributed to a lack of confidence.

“I don’t know. It’s very hard to ever criticise our squad in terms of work-rate or commitment, is it a confidence thing? I don’t know. For whatever reason, that happened. But that’s football as well. It’s not like it’s the first time it’s ever happened in my career.

“You go into games where everything feels OK and all of a sudden things don’t go well.

“Against Watford, we had the sending off early doors, got to 1-1 and then fell apart. People say why, but we don’t know why. We worked hard and in the end we didn’t have enough and quality wise it wasn’t there.

“I had a very bad feeling after that game personally about my performance. You beat yourself up and then move on and get back on track.”

Earlier this week, Eden Hazard had his own theories as to why the Blues continue to struggle this season.