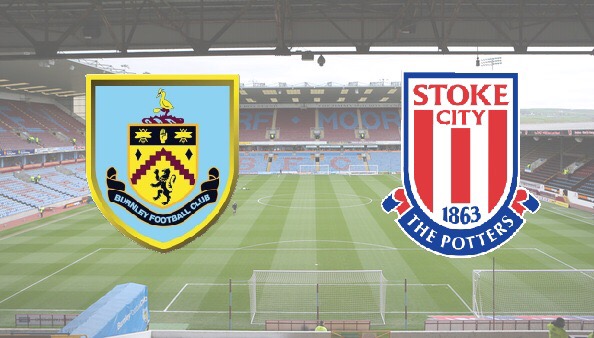 In this midweek encounter at turf moor, two of the teams involved in the ‘battle for mid table’ face off.

For Burnley, this game offers a chance to make up for an uncharacteristically poor home display against Spurs. Usually so solid at home, Burnley appeared to find a worthy adversary in the London side.

For Stoke however this is a chance to make it up to their away following. The Potters haven’t won on the road in the Premier League since the 14th of January against Sunderland. Stoke have been very inconsistent of late, and 3 points at Turf Moor could be a catalyst to reignite the remainder of their season.

Both sides lost on Saturday so will desperately battle for 3 points to move closer to both Premier League safety, and a respectable final points tally for the season.

Burnley haven’t won in the league since the 31st of January when they defeated champions Leicester. Whilst at a glance this may seem a worrying statistic, they have played Spurs, Chelsea, Liverpool and strugglers Hull and Swansea. Until the end of the season Burnely only have to play one more top six team, Manchester United at Turf moor. A win against Stoke could be the start of a quick rise up the table for Burnley before the end of the season, perhaps even going above the established Premier League side.

Stoke however have been a mixed bag of late. A convincing home win against Middlesbrough and a battling draw away at the Etihad were highlights of March. But Stoke were then cruelly beaten at the death by Chelsea and swept away by Leicester at the weekend.

With West Brom now seemingly out of Stoke’s sights by 8 points it seems 9th is the highest Mark Hughes’ men can finish this term. So will Stoke try and blood some youngsters like Ngoy or Taylor in their remaining games? Or give fringe players like Muniesa and Imbula run outs?

Burnley have no notable absences other than Johann Berg Gudmundsson (knee) who is apparently back in training and Dean Marney who is out for the remainder of the season.

Stoke will have Phil Bardsley back from suspension as well as Geoff Cameron back from injury. Stoke will be without Xherdan Shaqiri after an injury sustained on internationally duty but Hughes is hopeful he will be available for Saturday’s game against Liverpool. Stephen Ireland is still ruled out with a broken leg sustained last season.

It’s a tough one to call, but the bookmakers have Burnley as slight favourites. You can get odds of 7/5 for a Burnley win, where as the draw or a Stoke win are both priced at 21/10.

With neither team in great form, an Under 2.5 goals bet at 4/7 should stand a good chance of making you some money.

Another decent little bet is more than 12 corners in the game, odds at 5/4.