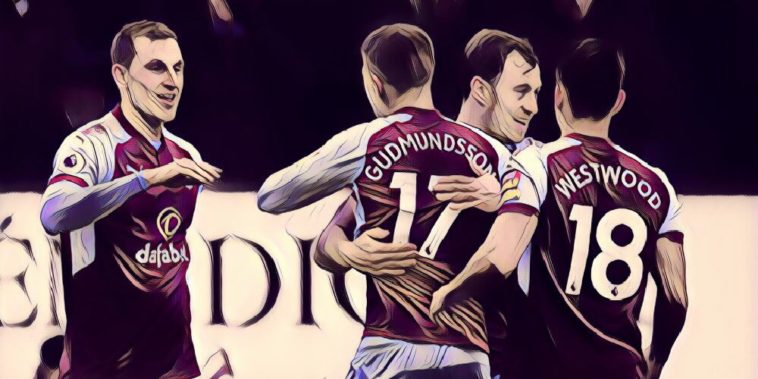 When your own fans sing “you’re getting sacked in the morning” and “you’re just a fat greedy b**tard” to you as you head to the tunnel, things aren’t looking particularly good.

Everton have now won just once in their last eight games in all competitions and looked completely bereft of ideas in the second half against Burnley. Before the game at Turf Moor, under Allardyce, Everton were bottom in the Premier League for shots, shots on target, chances on target and chances created from open play and on top of that were 19th for shots faced.

Losing the fans was one of the key reasons why Martinez and Koeman were sacked previous to Allardyce and considering that most fans didn’t want Allardyce before he took the job, results like this could mean he won’t even make it to the end of the season.

CHECK OUT MORE REACTION AS EVERTON FANS TURN ON ALLARDYCE

Not even fit to be the stand-in captain

When Ashley Williams joined Everton, he was a well-respected centre-half who had done a magnificent job at the heart of Swansea’s defence for years. Fans looking back at that time now may be wondering if it’s the same person.

Since joining Everton, Williams has never really hit the same heights, but this season he has hit a new low in terms of performances. His defending for Burnley’s eventual winner was criminal as he allowed Chris Wood – an extremely good player in the air – time and space to win the header.

As for the red card, that just summed up his season. A reckless and irresponsible decision from somebody who was meant to be setting an example to the rest of the team when Everton were trying to claim at least a point. I would be surprised if Williams is still an Everton player come the beginning of next season.

Burnley put an end to some awful records

If ever you have an awful record that you need to put an end to there is no better team to give you a helping hand than Everton. The game against Burnley was a clear example of this.

However, maybe other than West Brom, there is no other team you want to play at this current time to help put an end to them records. The team is currently spineless away from home and Burnley capitalised on this in the second half.

Everton back in a relegation fight?

Amazingly, before this game the Blues could have found themselves nearing a Europa League spot had they managed to beat Burnley, however, after another away defeat Everton are now cautiously looking down instead of up.

Leading up to the game Swansea found themselves in the bottom three, now after this weekends’ fixtures they find themselves just four points off a struggling Everton side and in far better form than the Blues.

To put things into perspective Everton have now conceded the most goals in England in all competitions this season – 61 goals, 49 of them being in the league and it is also Everton’s worst defensive season on the road for 13 years. With four of Everton’s last six games being away and the fact that two of the home games are against Man City and Liverpool, Everton could find themselves having a nervy end to the season.

When Burnley signed Chris Wood he made a good start to life in the Premier League scoring four goals in his first 12 games. However, after picking up a knee injury, the Clarets clearly missed the impact that he provided upfront.

After being missing for two months due to the injury he came onto the pitch at half time replacing Hendrick. The substitution paid off for Burnley as he and Barnes caused numerous problems for the weak Everton defence, similar to how Deeney and Okaka had the week before.

Thanks the awful defending that was mentioned earlier, Wood scored his first goal since November and with Burnley fighting for a possible place in Europe, Dyche will be hoping the New Zealander will be able to notch a couple more goals for the remaining games of the season.