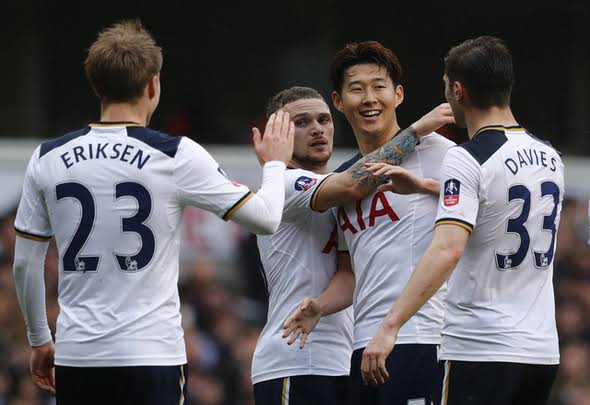 The Clarets slipped to an disappointing home defeat today at the hands of high-flying Tottenham, dragging them right into the relegation dog-fight.

A string of poor performances today came together to produce what can only be described as an ‘awful’ performance.

From minute one, you could see that something was awry for the Clarets and that something just wasn’t quite right. Whether that was poor selection or not is up for debate.

The first half was drab to say the least, but it was almost ignited into life when Christian Eriksen’s shot was parried to Dele Alli. His effort from eight yards somehow went wide, most likely due to a last ditch challenge from the excellent Stephen Ward.

The only other action of the first half was a nasty injury sustained by Harry Winks. His failed tackle on Ward saw him go tumbling into the Burnley dugout, and he was stretchered off at half-time.

Spurs began the second half as they ended the first; in the ascendancy. It was seemingly only a matter of time before they broke the deadlock.

It was the unlikely source of Eric Dier who eventually broke the deadlock on 66 minutes.

Burnley failed to clear Eriksen’s corner after a fluffed clearance by Jeff Hendrick which fell to Dier, who rifled his shot into the top right hand corner.

From then on in, it was wave after wave of Tottenham attacks. Eleven minutes later, substitute, Heung Min Son, doubled Spurs’ lead and effectively ended the game in the process.

Sloppy play by Burnley in midfield allowed Alli to break down the right hand side. He rolled the ball across the six yard box to an unmarked Son, who couldn’t miss.

Alli nearly made it three a moment later. His curling right footed effort, drifted just wide of the post, but had Tom Heaton scrambling.

Too little, too late

Sean Dyche tried to change things, bringing on Robbie Brady and Steven Defour, but it was too little too late. The Clarets winless run goes on.

For Burnley, the focus switches to Tuesday, when Stoke are the visitors to Turf Moor and we will have to show and awful lot more than we did today if we are to get anything out of the game.

Spurs on the other hand will be delighted. They have gone to Turf Moor, which has been a difficult place for teams to go, and played the Clarets off the pitch, no mean feat.