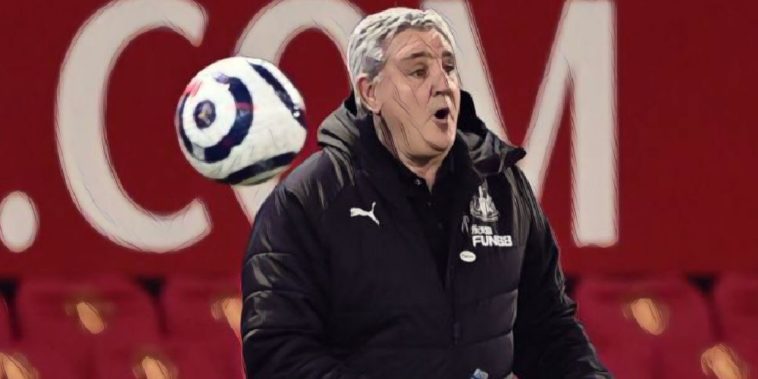 Newcastle’s miserable record continued as they slipped to a 3-1 loss to an off-colour Manchester United at Old Trafford.

After their midweek exertions in Europe, Manchester United looked slow to settle into the game, with the Magpies the brighter side from the off.

However, Man United would take the lead on the half-hour mark through Marcus Rashford, the England international attacking the Newcastle defence from the left flank, shifting onto his favoured right foot inside the box before firing past Karl Darlow into the bottom left corner.

Newcastle would however earn themselves an equaliser just six minutes later, the visitors playing a short corner before Joe Willock played the ball in towards the back post. United skipper Harry Maguire failed to deal with the cross effectively, his tame header landing at the feet of Allan Saint-Maximin who lashed his half volley high past David de Gea.

Steve Bruce’s side once again started brightly after the break, Saint-Maximin forcing a save out of De Gea with a strike from the edge of the box.

However it was the home side that regained their lead in the 57th minute, a loose pass from Nemanja Matic to Bruno Fernandes evading the Portuguese, but somewhat fortuitously finding its way to the unmarked Dan James at the back post, the Welshman following up his strike against Real Sociedad with a well-hit effort beyond Darlow.

Marcus Rashford was Manchester United’s most dangerous outlet, and in the 75th minute, the forward won his side a penalty, his quick feet drawing a foul from Joe Willock inside the box, with Bruno Fernandes doing what he has done so often since his arrival at Old Trafford and dispatching the resulting penalty.

The result, combined with Fulham’s win over Sheffield United on Saturday leaves the North East club just three points above the drop zone, though Steve Bruce says he is ‘convinced’ that he can keep his side in the top flight after seeing ‘pleasing signs’ at Old Trafford.

“It’s the second goal isn’t it? A wicked deflection and a bit of luck and [then] the third one, it’s a very soft penalty. For 60 minutes we gave as good as we got,” he told BT Sport.

“We’ll have a look at the goalkeeper, he will be disappointed to be beaten at the near post for the first goal. It’s been a difficult week but we have games coming up where we think we can take points.

“We are a threat now, we are trying to be higher up the pitch. It will take some getting used to because we have played a certain way for a while.

“I am convinced we will be safe, there are six or seven teams looking over their shoulders. We need to win a few games. We have to get to that magical point mark – whatever it is.”

Next up for Newcastle is a home game against Wolverhampton Wanderers.