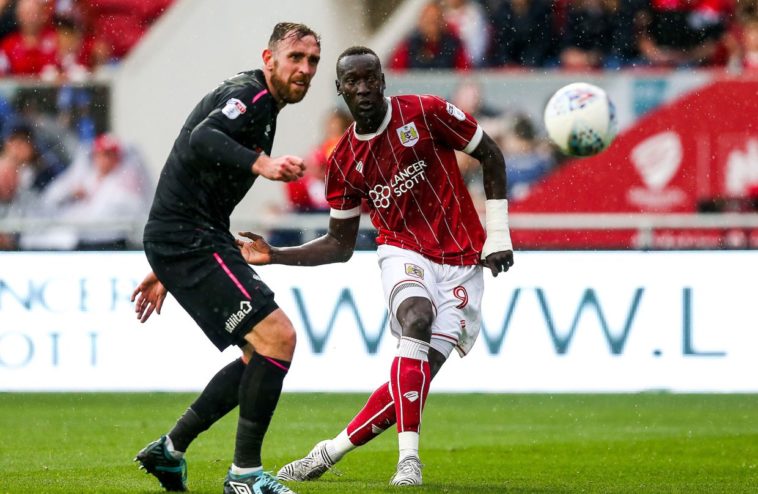 After the highs of last week’s 5-0 win over Hull, Derby County were brought back down to Earth by a rampant Bristol City side that are looking very strong in the season’s opening stages.

Despite the final scoreline, The Rams made a bright start to the game, creating a couple of opportunities which included a free kick which Matej Vydra put just wide.

Vydra continued to look lively for the visitors and just before the half hour mark he was brought down by former Derby ‘keeper Frank Fielding, which prompted the ref to award a penalty. The Czech forward stepped up and lashed the ball home from 12 yards to score his fourth league goal of the season and give Derby the lead.

The Robins mounted pressure on the Derby defence – which is still looking for it’s first away clean sheet of the Championship season – but they held out to go in at the break as 1-0 leaders.

After the interval, Lee Johnson’s men came out fighting, and Cauley Woodrow equalised just five minutes into the second half which was quickly followed by a Bobby Reid penalty to put Bristol City 2-1 up.

David Nugent – who is usually a reliable source of goals for the East Midlands club – wasted a good chance to level the tie, but flashed his effort over the bar.

In the final 10 minutes of the contest, Jamie Paterson fired his free kick into Scott Carson’s net to make it 3-1, and put the game beyond any doubt. But the home side weren’t finished there, and in stoppage time Famara Diedhiou got in on the act with his third goal of the season.

The match finished 4-1 and Bristol City move up to 8th place with the win, whilst Derby linger in the bottom half.

The loss leaves Derby with just one win from their last four games in all competitions whilst Bristol City are now unbeaten in their last six Championship games.

The 4-1 scoreline means that four of the last five meetings between these two sides have featured at least four goals.