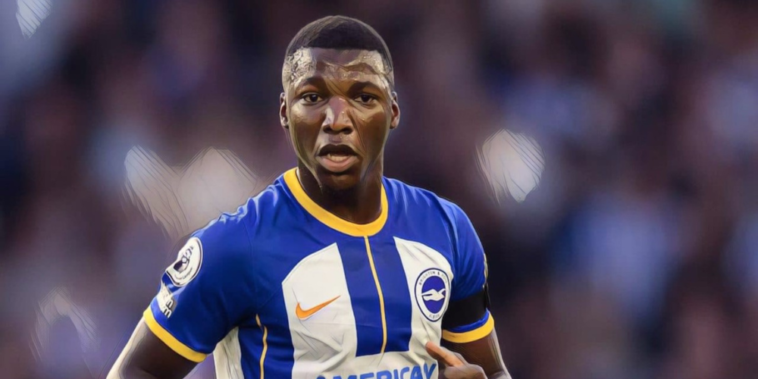 Brighton have reportedly placed a whopping £100m valuation on Moises Caicedo in a bid to fend off interest from Chelsea in the midfielder.

Chelsea are interested in another raid on Brighton and have targeted a deal for Caicedo this month, having seen an opening offer of around £55m turned down last week.

The Seagulls do not want to sell Caicedo mid-season as the club push for European qualification, following the sales of Marc Cucurella and Leandro Trossard and the enforced retirement of midfielder Enock Mwepu.

The Times are reporting that Brighton have placed a £100m price-tag on the Ecuador international, a figure which would equal the British transfer record fee Manchester City paid to Aston Villa for Jack Grealish in 2021.

Caicedo has made a major impact since making his debut for Brighton last April, impressing in midfield as the Seagulls have pushed up the Premier League table.

Fabrizio Romano this week reported that Caicedo has changed agent in preparation for a potential move, but Brighton are keen to keep hold of the 21-year-old until the summer at least.

Speaking ahead of Brighton’s trip to face Leicester this weekend, Roberto De Zerbi outlined his hope that Caicedo will remain with the club beyond the January deadline.

“Moises is very important for us,” De Zerbi said at his pre-match press conference.

“It is difficult to change with another player now at this stage. I hope he finishes the season with us, but it’s always difficult to be certain. When big teams want our players, it’s good news for the club.

“The best solution is that he finishes the season with us and for him, in the summer, it’s better then if he changes teams. I don’t know if he will continue to play like this – the last games – it is possible he can leave for another team [in the summer].”

In addition to interest from Chelsea, both Liverpool and Arsenal are also understood to be ‘well informed’ on Caicedo’s situation at the Amex Stadium.