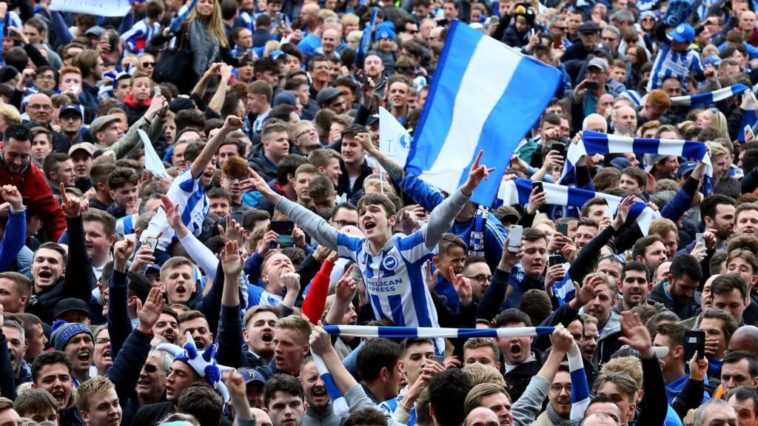 Brighton & Hove Albion will be a Premier League club next season.

The Seagulls victory against relegation threatened Wigan, combined with. Huddersfield’s result at Derby means that they can no longer be caught by anyone outside of the top two.

Glenn Murray put the hosts ahead in the first half before Solly Marsh doubled the lead for the League leaders. A late goal from former Manchester United midfielder Nick Powell made it a nervy final few minutes, but the hosts held off for the win.

However, despite looking highly likely, their promotion was not yet confirmed. They had to wait for the result at Pride Park where Derby hosted Huddersfield Town, the only team other than Newcastle who could have caught Brighton.

For a long portion of that game, it looked as though Brighton’s promotion party would have to wait. But when Derby midfielder, Jacob Butterfield fired in from distance in the 88th minute, it sparked scenes of jubilation on the South Coast.

Derby held on for the point, which confirmed Brightons promotion to the top flight of English football for the first time in 34 years.

Brighton will need three more points to claim the SkyBet Championship title outright, and they have the chance to gain those in their remaining games against Norwich, Bristol City, and Aston Villa.

Check out the full Round Up of all of the Championships fixtures in Game Week 43.