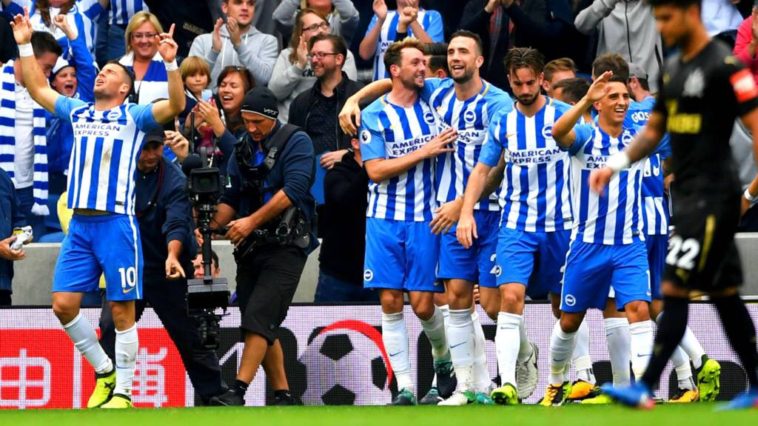 A goal from Tomer Hemed and some stern defending was enough to give Brighton all three points against Newcastle United.

Hemed’s goal came on the 51st minute after Pascal Gross’ free-kick found its way to the back post towards Dale Stephens who knocked the ball onto Hemed who smashed the ball past Rob Elliot.

Newcastle manager Rafael Benitez felt aggrieved by the Brighton goal stating that there was a “clear foul” on Chancel Mbemba in the lead-up. However, it was some sloppy marking from Joselu which allowed Hemed his chance.

Unfortunately for Joselu, that wasn’t his only poor moment of the game. He had Newcatle’s best chance when Christian Atsu crossed the ball low, the ball bounced off Shane Duffy into Joselu’s path but he could only slice his shot wide from close range. Then later in the game, Joselu had a glancing header put wide when he really should have done better.

Newcastle had plenty other chances to score though, Mikel Merino’s volley forced Matthew Ryan into a good save, Jonjo Shelvey hit the post directly from a corner in the second half and Ayoze Perez fired just over the bar after a bursting run from Chancel Mbemba.

Brighton had clearly learned from their mistakes last season and were not prepared to let another 1-0 lead slip against the Magpies, some stern and organised defending forced Newcastle to take shots from long-range.

Unfortunately, there was a bit of controversy in the end as DeAndre Yedlin and Tomas Hemed both went for the same ball, Hemed gets to his feet before Yedlin and appears to stamp on the American. It may well have been accidental. However, it is worth considering that the Hemed had stern words with Yedlin moments beforehand after Yedlin put in a strong tackle.