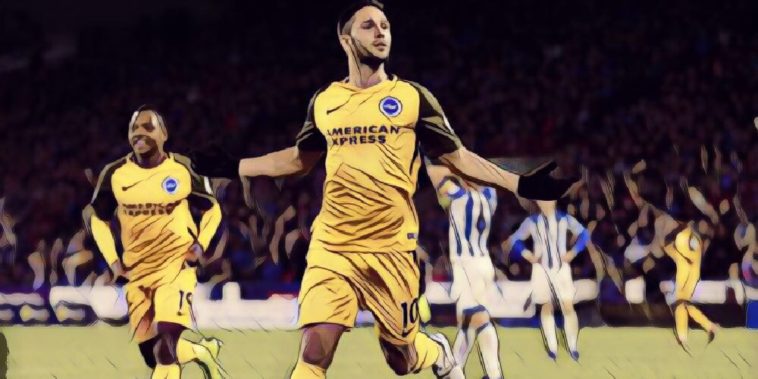 Brighton’s Florin Andone made his first Premier League start of the season today for The Seagulls, and he took the time to thank Chris Hughton for finally giving him a chance.

The 25-year-old Romanian international repaid Hughton’s faith in him with the winning goal in the second half of their comeback victory at Huddersfield Town.

Andone was jubilant after the game and took the opportunity to show his appreciation for Hughton’s decision to play him when speaking to reporters.

“I am very happy and very thankful for the boss for my chance. The victory is the most important thing. We have a hard game up next on Tuesday now too. That is what we are thinking about,” said Andone.

Andone has had to be patient since signing from Deportivo La Coruna during the summer. Before today, he had been feeding off scraps with just three substitute appearances for his new team.

If Andone can build on today’s performance he will be the perfect solution to Brighton’s problem when Glenn Murray eventually runs out of juice.

“When I signed for the club I waited a long time for my opportunity and now I am very happy. It is perfect. I have my first goal. I would like to improve my level and be in a good way in the future,” he added.