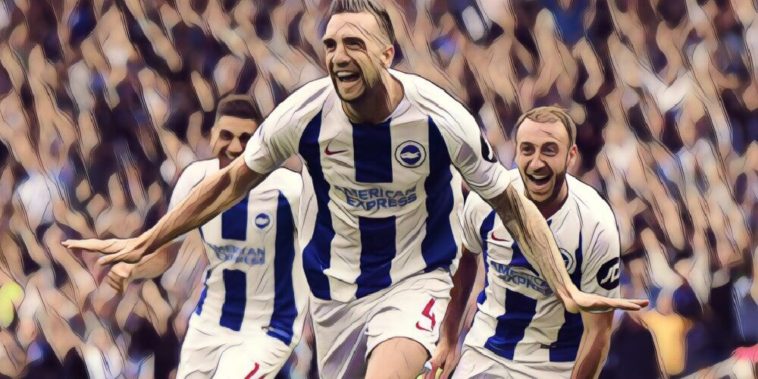 Questions will be asked of Jose Mourinho and Manchester United after they tumbled to a 3-2 loss at the Amex Stadium. Brighton took advantage of a series of individual errors in United’s defence to storm to a two-goal lead courtesy of Glenn Murray and Shane Duffy midway through the first half. United hit back through Romelu Lukaku, but on the stroke of halftime, Eric Bailly conceded a penalty, which Pascal Gross converted to make it 3-1 to the home side. United could not break through Brighton’s defence, having to wait until added time to make it 3-2 via a Paul Pogba penalty.

All summer, Mourinho had demanded that the board sign up a new centre-back. Ed Woodward did not accomplish this task, despite United being linked with players like Toby Alderweireld and Harry Maguire. Perhaps he will regret that after seeing this game.

Eric Bailly had his worst game in a United shirt, and Victor Lindelof looked uncertain next to the Ivorian. Both are young for centre-backs and need a more experienced partner to guide them, particularly in games where they are playing poorly. Here, they looked lost, and as they crashed, so did United’s chances of winning this game.

There was a surprising name in the United starting lineup: Anthony Martial, who came so close to leaving over the summer, was handed a start on the left wing, in place of the injured Alexis Sanchez. If the Frenchman was eager to use this opportunity to prove his worth to Mourinho, it did not show.

He appeared isolated and disinterested for the most part, and it came as little surprise when he was subbed off for Marouane Fellaini with under an hour played. If Martial wants to get more game time, he will have to turn in better performances than the one seen today.

If United’s defence were having a bad day, Glenn Murray was making it worse. The elder statesman of the Brighton lineup gorged on United’s hesitancy, battling for every single ball, bullying the centre-back pairing. His goal was a thing of beauty, moving inside, then outside and around to leave Lindelof in his wake, before deftly redirecting the ball past David de Gea with the outside of his boot.

Coming off the back of his best ever Premier League campaign, Murray looks just as eager and hungry as ever. If he maintains his goalscoring record from last year, Brighton will back themselves to survive yet again.

The only United players that saw their reputations enhanced over the course of the 90 minutes were those that were not playing. Losing Nemanja Matic to injury in preseason has been a huge blow to United. Mourinho was missing one of his on-field generals, and one of the players he can count on to keep their heads when those around them have lost theirs. He may have proved to be a calming presence for Bailly and Lindelof, and stopped Fred from getting overrun. He cannot return soon enough for United, who need his ability to shield the defence and distribute the ball.

After the game, Paul Pogba was stopped by journalists and gave a very frank interview. He said that Brighton simply wanted to game more, and United’s mentality was not right, himself included. It was shocking to see it play out on the pitch.

Anthony Knockaert was drifting past players with ease, Solly March ran Ashley Young ragged, and debutant defenders Martin Montoya and Leon Balagun must have wondered what all the fuss about the Premier League is about. United played into Brighton’s hands, and credit to the Seagulls, they were ruthless with their chances.