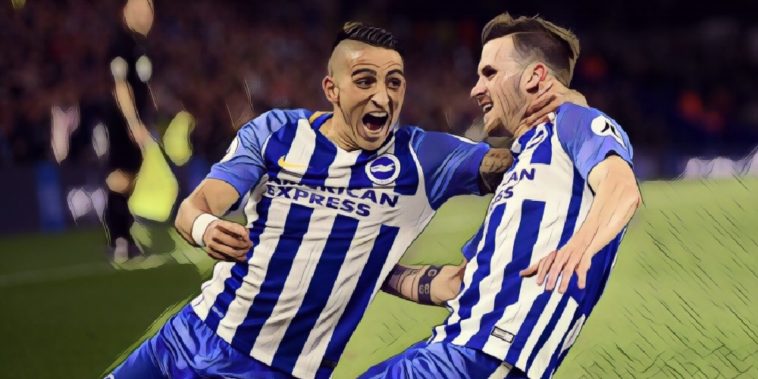 Pascal Gross’ second-half header sealed victory for Brighton over Manchester United, ensuring that the Seagulls will stay in the Premier League.

Brighton began the game knowing that a win would be enough to guarantee Premier League football for another season. This was reflected in the energy and resilience of their players right from the first whistle. United on the other hand, never looked up for it.

The first half saw Brighton dominate in terms of attacking play, with David de Gea forced to make one particularly good save from a dipping Glenn Murray volley.

Midway through the second half, Brighton got the goal they deserved. Jose Izquierdo left Matteo Darmian for dead, and chipped a cross to the far post, where Pascal Gross slammed a header towards the net. Marcos Rojo did incredibly well to hook the ball away, but goal-line technology confirmed that the ball had crossed the line to send the Amex Stadium into dreamland.

United never really looked like scoring, despite turning up the pressure towards the end of the game, and as the full time whistle blew, chants of “We are staying up!” echoed around the ground.

Hughton’s team are a credit to Brighton

Chris Hughton will be delighted with the way his team performed. Players ran themselves into the ground, ensuring that they carried out their manager’s instructions to the letter. Having brought them up from the Championship last season, Hughton has his players’ backing. Every time United had the ball in midfield, they were swarmed. At one point, Juan Mata turned into space just past the centre circle, and was immediately smothered by three blue-and-white shirts.

Izquierdo and Anthony Knockaert were tireless on the wings, and up top, Glenn Murray was involved in a physical scrap with Chris Smalling. The defence was well-organised, and there was never a sense of desperation about them. Brighton will be back next season, and on this evidence, the Premier League will be all the better for it.

If you United were concerned about Romelu Lukaku’s fitness for the FA Cup final before this game, you should be in full-blown panic mode now. Neither Marcus Rashford, nor Anthony Martial stepped up in the big Belgian’s absence. Lukaku’s presence as the centrepiece of the forward line was sorely missed.

Crosses were instinctively made into the space Lukaku would normally occupy, and both Rashford and Martial were crowded out by defenders who would usually have been occupied by the Belgian. If there was any doubt in Mourinho’s mind about his starting forwards for the FA Cup final, there won’t be anymore. Expect Alexis Sanchez, Jesse Lingard, and Lukaku to start – providing the latter is fit.

Gross is one of the signings of the season

One of the standout stars for Brighton this season has been Pascal Gross. The German midfielder, signed from relegated Ingolstadt last summer, has been instrumental in Brighton’s successful campaign. Gross has played every single game this season, starting all but two. He has seven goals and eight assists to his name, and has to go down as one of the best signings of the season, behind only the phenomenal Mohamed Salah.

He was named Brighton’s player of the year and their end of the season awards ceremony, and based on the body of work he has presented over this season, it is virtually impossible to argue against that accolade.

Fellaini and Darmian are not needed at United

The last week has seen a story develop about a contract standoff between Manchester United and Marouane Fellaini. Mourinho clearly rates the midfielder quite highly, insisting that a good contract offer has been made. Fellaini, however has been stalling on a new deal in an effort to get a longer contract. Based on this performance, it is difficult to see what the midfielder brings to the table for United.

He was pedestrian at best on Friday night, careless in possession and a nuisance only to those in red. It would not be the biggest loss if United allowed him to leave on a free transfer this summer. Another that will probably be leaving is Matteo Darmian. The Italian fullback has been abysmal during his time at United, failing to lock down a berth at either right or left back. Izquierdo bullied him, and it was telling that he was substituted off for Luke Shaw, a player Mourinho has openly questioned. United have a big summer ahead of them in terms of trimming their squad.

The biggest difference between United and City was laid bare

Of United’s seven league defeats, four have come to teams that currently lie between 10th and 20th in the table. Three of these have been dire 1-0 losses. This looks particularly galling when you compare them to Manchester City. The Citizens have lost twice in the league this season: to United and to Liverpool. United have suffered defeats to Spurs, City and Chelsea, but losing to teams near the top of the table is something that is always likely to happen.

City’s consistency against teams struggling in the league is where they have pulled ahead of United this season. It is the reason United languish so far behind the champions. If Mourinho does not change this pattern, United will not challenge for the title next year.