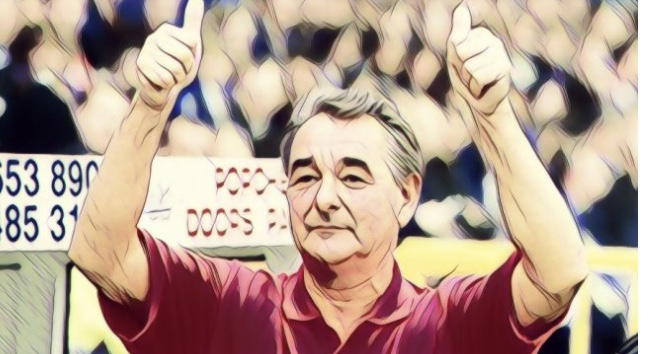 Brian Clough is widely regarded as one of the greatest managers of all time. He wasn’t a bad player either scoring 254 goals in just 274 games for Middlesbrough and Sunderland before his career was cut short by injury at the age of 28.

Clough became a household name when he took an unfashionable Derby County to the First Division title in 1971. Soon after came his crazy 44 day tenure as Leeds boss which has inspired books, films and documentaries.

Clough will be most widely remembered however, for his achievements with Nottingham Forest whom he managed between 1975 – 1993. He won two League titles and two European Cups with an unfancied Forest team, an achievement that stands up against any managerial feat in history.

During the 70’s and 80’s there was widespread public support for Clough to be named England boss which led to him earning the title of ”The Best Manager England Never Had.” Clough will go down in history as a managerial genius and one of the games greatest ever characters.

Old Big ‘Ead left us with some of the greatest one-liners and quips imaginable and never has the saying that ”there will never be another like him”, rung more true than in the case of Brian Clough.

“When I go, God’s going to have to give up his favourite chair.”

“I wouldn’t say I was the best manager in the business. But I was in the top one.”

“Players lose you games, not tactics. There’s so much crap talked about tactics by people who barely know how to win at dominoes.”

“To put everybody’s mind at rest, I’d like to stress that they didn’t give me George Best’s old liver.” – After he received a Liver Transplant.

“Walk on water? I know most people out there will be saying that instead of walking on it, I should have taken more of it with my drinks. They are absolutely right.”

“I regret telling the entire world and his dog how good a manager I was. I knew I was the best but I should have said nowt and kept the pressure off ‘cos they’d have worked it out for themselves.”

“Ah yes, Frank Sinatra. He met me once y’know?”

“I only ever hit Roy the once. He got up so I couldn’t have hit him very hard.”– On Roy Keane.

“If the BBC ran a Crap Decision of the Month competition on Match of the Day, I’d walk it.”– After Forest were relegated.

“We talk about it for twenty minutes and then we decide I was right.” – On discussions with players.

“Resignations are for prime ministers and those caught with their trousers down, not for me.”

“I’m sure the England selectors thought if they took me on and gave me the job, I’d want to run the show. They were shrewd, because that’s exactly what I would have done.” – On why he never became England boss

“If any one of my players isn’t interfering with play, they’re not getting paid.” –When the new offside was introduced.

“I can’t even spell spaghetti never mind talk Italian. How could I tell an Italian to get the ball – he might grab mine.” – Cloughie didn’t take any chances

“At last we’ve appointed a manager who speaks English better than the players.”– When Sven Goran Eriksson was appointed England manager.

“They didn’t want an England manager who was prepared to call the Italians cheating bastards. They failed to understand that I would have curbed my language and revelled in the relief from the day-to-day grind of club management.”

“I’m not saying he’s pale and thin, but the maid in our hotel room pulled back the sheets and remade the bed without realising he was still in it!” – On Forest midfielder Brian Rice

“Tell him he’s Pele and that he’s playing up front for the last 10 minutes.” – What he told the Forest physio to tell Stuart Pearce after he suffered concussion.

“Rome wasn’t built in a day. But I wasn’t on that particular job.”