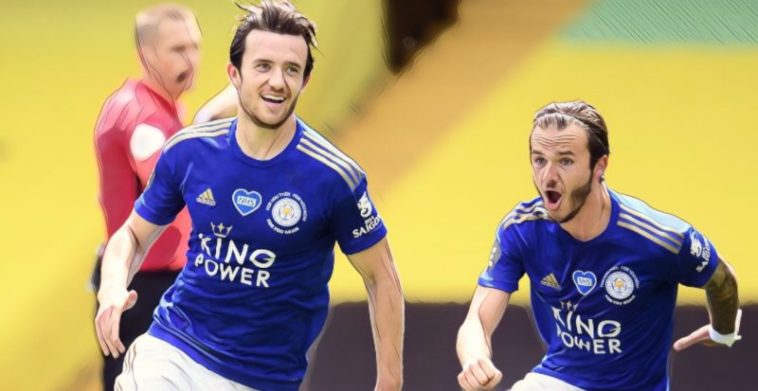 Leicester manager Brendan Rodgers felt The Foxes deserved all three points after seeing his side pegged back in injury time by Watford at Vicarage Road today.

Saturday’s early kick-off looked destined to end in a rather forgettable 0-0 draw until a couple of late moments of magic from a couple of unlikely sources left most people who had watched the match walking away with a smile on their faces.

First up Leicester City left-back Ben Chilwell looked to have further consolidated their place in the top four when the England international slammed an unstoppable strike into the top corner from the edge of the area on 90 minutes.

However, Watford‘s Craig Dawson outdid Chilwell three minutes into stoppage time, as the 30-year-old defender fired home a sensational bicycle kick from eight yards out to rescue a point for the home side.

Speaking afterwards Rodger’s did seem reasonably happy with the point gained and was impressed by the level of fitness his side showed.

“I felt we were deserving of the win, especially as the game went on,” Rodgers told his post-match press conference.

”We showed a really good level of fitness. I thought we had spells where we had great control, Ben Foster made a great couple of saves, then we scored a brilliant goal.

“We dealt well with crosses into the box all game. If you analyse it, the luck was against it. It just hits the guy’s toe, he’s not aware of it. And then it’s a good finish.

“We take a point, which takes us a point closer to where we want to be.”