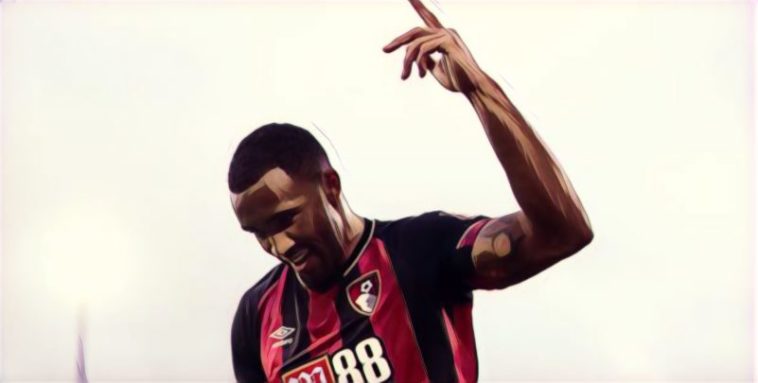 Callum Wilson was central to Bournemouth’s 3-0 win over Fulham on Saturday, continuing their fantastic start to the season.

The striker bagged two goals for himself — making it five league goals in all this season — and was in a positive mood when he spoke to reporters after the game.

“We tried to change to take advantage of Fulham,” Bournemouth boss Eddie Howe told the BBC, adding “we are flourishing and took the three points.”

”We are getting better at counter-attacking teams as you saw with the second goal. Being clinical is the main thing.’’

Ryan Fraser is another player who is turning on the style for Bournemouth this season.

The attacking midfielder provided another two assists today and seems to be enjoying the expansive football his side are playing.

Bournemouth currently sit in sixth position in the league with 20 points from their first ten games.

The Cherries have scored an impressive 19 goals in that time, just one behind that of Liverpool and Chelsea.

Bournemouth welcome Norwich City to the Vitality Stadium on Tuesday night in the Carabao Cup, before Jose Mourinho’s Manchester United are the visitors for the early kick-off game next Saturday.