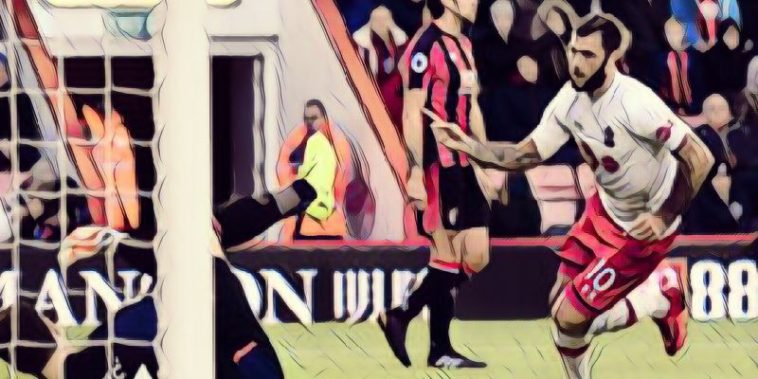 In the first South Coast derby of the season, the spoils were shared between Bournemouth and Southampton. Here are five things we learned from the 1-1 draw.

Bournemouth are stuck in the sand

It seems as though Bournemouth are still waiting to get their season going. They finally had back-to-back wins last month (against Newcastle and Huddersfield), but now a loss against Burnley and draws with Swansea and Southampton have kept them just five points above of the relegation zone. Averaging 1 point per game, with one win in five at home, their next five fixtures look tricky: Palace (A), United (A), Liverpool (H), Chelsea (A, League Cup) and City (A).

Bournemouth have only managed 13 goals in 15 games this season, which is poor reading for Bournemouth fans. Andrew Surman is fast becoming very important in that regards. He has contributed to more goals than any other player for Eddie Howe’s side, scoring two goals and providing three assists.

He has never been involved in more than four goals per season in the top flight, scoring no goals and only providing four assists in his previous two seasons for Bournemouth combined. He looks to have had more freedom today, is he one to watch?

Southampton are stuck in the sand as well

Their lack of goals scored looked to be rectified against Everton in a lovely 4-1 thrashing and then a very heroic performance against Man City could have been a turning point.

However, they have failed to score more than one goal away from home this season and have only won one away game. Problematic when Saints have to travel to Chelsea, Spurs and Man United all this month. They need to start finding the net more and picking up points away from home.

Charlie Austin proved once again, that given the chance, he’ll score goals. He has netted seven goals in his last 10 League starts for Southampton, including three in his last two. He made only 11 league starts last year (+4 sub appearances), scoring six goals and was the clubs second top scorer. Austin is pivotal if Southampton are to break their one goal maximum duck on the road.

Fraser Forster however continues to be inconsistent

Last season Fraser Forster had 14 clean sheets in the league, making him joint 3rd best (with De Gea) only two away from the Golden Glove winner, Courtois with 16.

This season he has made costly errors against West Ham, Man United and Newcastle to gift the opposition a goal. He can’t be blamed for the goal against Bournemouth and made a stunning save against Defoe but in the second half he palmed a shot directly into Bournemouth’s Wilson, who luckily couldn’t control it. Southampton need their keeper to re-find the form of last season and stop with these inconsistencies, especially since their goal scoring form is lacking, some clean sheets could help to push them up the league.