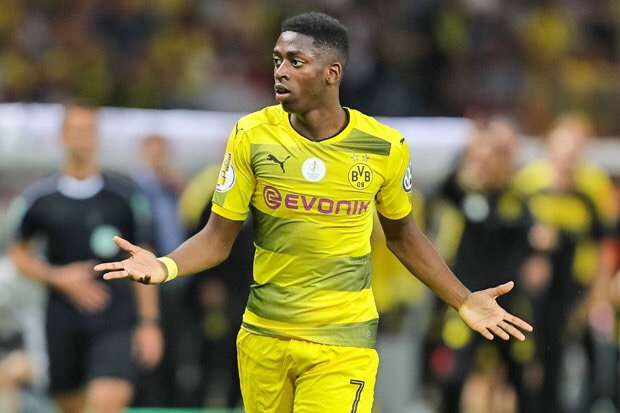 Borussia Dortmund star Ousmane Dembele has flown to Manchester for talks with Pep Guardiola ahead of a potential move to Manchester City according to reports in France.

According to Le10 Sport, Dembele took a break from his summer holidays to fly to Manchester for a meal with Pep Guardiola and discussions about a potential move to the two-time Premier League winners.

The winger had a sensational debut season in the Bundesliga, helping Dortmund to a third place finish as well as victory in the German Cup.

Despite the supposed meeting between Manchester City officials and Dembele, Borussia Dortmund claim the  the 20-year-old is going nowhere, and will take action against any club who try to tap up their player.

“Ousmane Dembelé has a long-term contract and there are no negotiations,

“He will play for us next season and if (rival clubs) do not contact Dortmund, we could initiate proceedings with FIFA.”

The winger is valued at £79m after scoring 10 goals and providing 15 assists for Dortmund last season.

Where would Dembele fit in at Man City? Is he worth £79m? Will he move? Leave us a comment.

Well, except the whole issue of pep guardiola not being in Manchester at this time, that was bang up reporting.