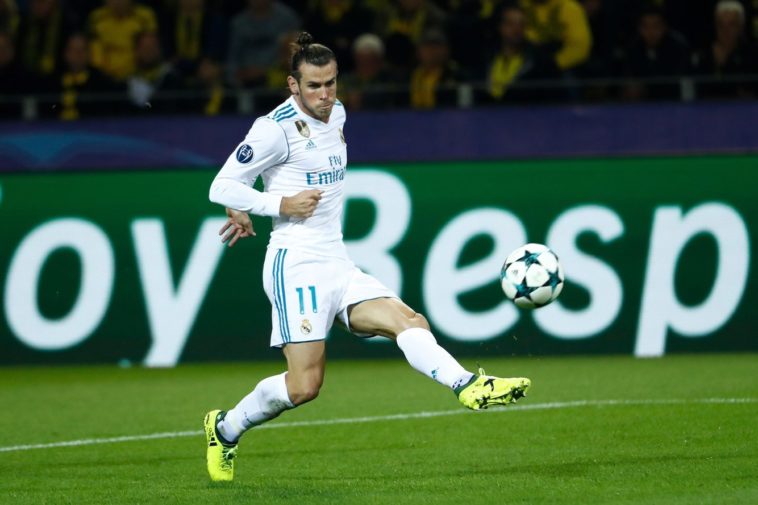 Real Madrid continued their Champions’ League campaign with a comfortable win against German giants Borussia Dortmund. Both Gareth Bale and Cristiano Ronaldo were back to their very best.

Dortmund were in spectacular form coming into the match, having won five of their six games in the Bundesliga, scoring 19 goals and conceding only one. Real meanwhile were not doing so well, seven points off the top spot of La Liga, sitting in sixth place.

Los Blancos had never won against the German side at the Signal Iduna Park, the stadium which is considered to be the home of one of the most passionate fan bases in Europe. Cristiano Ronaldo was playing his 400th game for the club, and was hoping to perform up to the mark, after a couple of bad games in the La Liga.

Real’s midfield was looking complacent and sloppy for the first few minutes of the game, which meant that Dortmund were getting quite a few chances. The Madrid defence, which had been very leaky as of late, did a fine job of stopping the likes of Aubameyang and Maximillian Philipp from scoring.

Sergio Ramos was in the limelight for the wrong reasons again, as the ball appeared to hit his arm after Keylor Navas cleared it. The ref gave no penalty and let play go on.

Keylor Navas showed off some good skill when he took the ball away from a charging Aubameyang, much to the fans’ joy.

Real took the lead after 18 minutes in fine fashion. Dani Carvajal chipped in a delightful ball into the Dortmund box where Gareth Bale hit a beautiful volley into the back of the net. The Welshman had a great game overall, controlling much of the wing for Real.

Dortmund were looking good coming forward and had a couple of good opportunities to score. Aubameyang had a few shots blocked, Nuri Sahin hit a long-range effort wide among many others. Real defender Nacho came in clutch after a great sliding effort to deny what would’ve been a definite goal.

Cristiano Ronaldo finally ended up on the scoresheet, as he tapped home from a low Bale cross at the start of the second half.

It didn’t take long for Dortmund to pull one back, as Aubameyang headed into the net from a Castro cross. BVB were looking quite threatening after this, but Real’s back four were very hard to get past.

The Gabon striker could’ve scored again, when Mario Gotze chipped the ball onto him, but struck wide.

Real put the game to bed when Ronaldo smashed home a shot at the near post, 11 minutes from time. Sergio Ramos and Isco had decent chances afterwards, but failed to increase Real’s lead.