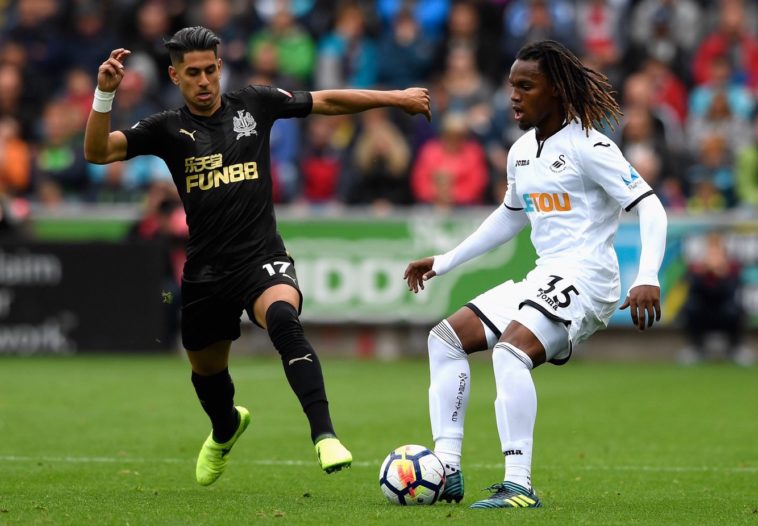 Swansea City will welcome the return of striker Wilfred Bony and wonderkid Renato Sanches ahead of their trip to Turf Moor this Saturday.

Sanches has been out with a thigh problem since their league defeat to Leicester City in October. The young Portuguese playmaker has struggled with the transition to the fast paced premier league with after his much heralded loan move from Bayern Munich.

Bony meanwhile has been out since September with series of hamstring injuries. The Ivorian striker will be needed by a side that has lost six games this season by a one goal margin. His return from Manchester City was expected to put an end to the team’s striking problems but injury problems have meant Tammy Abraham has had to carry most of the responsibility of goal scoring

The return of the two is expected to bolster in need of much invigorating ahead of their trip go play an impressive Burnley side at the weekend. Swans Boss Paul Clement confirmed this in an interview.

“Both will be available for selection”

Leon Britten and Angel Rangel also returned to training this week after missing the game against Brighton while Martin Olson was part of the Sweden team that secured qualification to the World Cup against Italy during the international break.

Swansea are in need of a much needed lift after recent results saw them sink to 2nd from bottom of the league table.