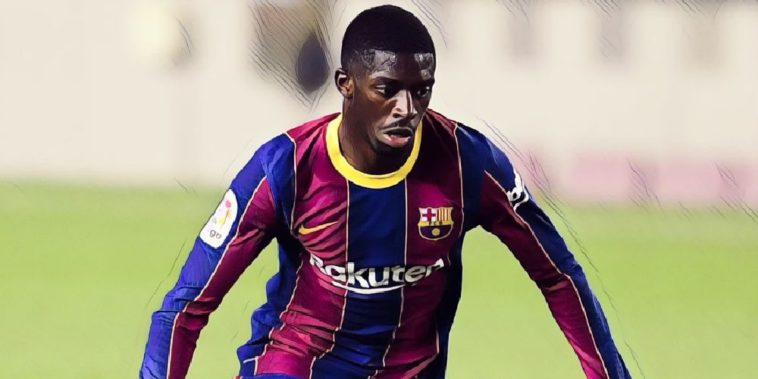 Manchester United have potentially been handed a boost in their pursuit of Ousmane Dembele with Barcelona reportedly warming to a ‘Coutinho style’ loan deal for the winger.

Ole Gunnar Solskjaer’s side have made the signing of a new right-sided attacker a priority this summer with the club having fruitlessly pursued a deal for Borussia Dortmund winger Jadon Sancho throughout the transfer window, though negotiations have failed to find a breakthrough despite months of speculation.

Sancho’s British transfer-record asking price of €120m was deemed ‘unrealistic’ by Manchester United in the midst of a pandemic-disrupted market, leading the Premier League side finally admit defeat and to look at alternative targets.

Amongst those include Barcelona winger Ousmane Dembele, who has struggled to fulfil his initial promise since signing for the Spanish giants three years ago, his time in Catalonia hindered by a succession of injury problems.

United have expressed an interest in signing the France international on a loan deal, though Barcelona were initially only willing to sanction a permanent departure.

However, according to Barcelona based journalist, Gerard Romero, the Catalans are now said to be warming to a similar kind of loan deal that took Philippe Coutinho to Bayern Munich, the player’s wages being paid in full and the club receiving a loan fee – although it is not said what kind of loan fee they are after.

It has been reported that the Frenchman missed training today amid speculation of a deadline day deal, with the player having made just three league starts last season following more injury struggles.

United have also been linked with a deal for Ismaila Sarr and have reportedly offered to loan the Watford winger with an option to buy, though the Championship side are seeking a significant fee regardless of whether the move is made permanent.

As for Barcelona, Dembele’s departure would likely trigger a move for former Man Utd forward Memphis Depay, the Dutchman having excelled under Ronald Koeman for the Netherlands national team.

The best Premier League stats of the week: Villa on the rampage, Spurs trounce Man United