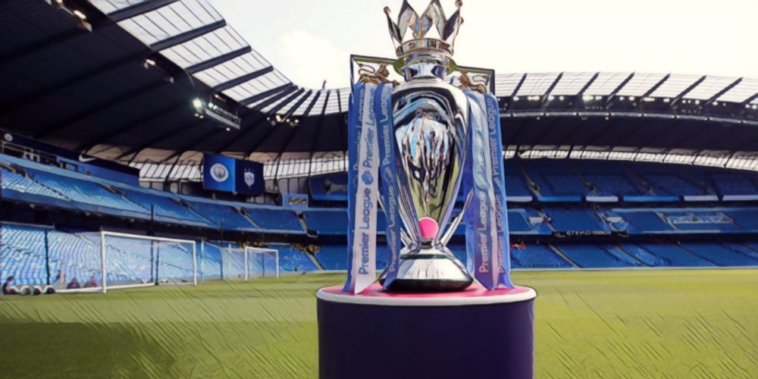 We’re now four fixtures into the 2021/22 Premier League season, with the table beginning to take shape as we assess the early frontrunners in the title race.

Manchester City will be looking to defend their crown and win a fourth title in just five campaigns, but Pep Guardiola’s side are set to face strong competition from the division’s ‘big six’ in what could prove to be a competitive championship race.

We’ve decided to look at how the bookmakers assess each of the title contenders, here are the five favourites to win the 2021/22 Premier League title.

Tottenham are the fifth favourites to win the Premier League this season, though have been priced at distant odds of 66/1.

The north London side finished seventh in the division last season but have enjoyed a largely positive start under new manager Nuno Espirito Santo, winning each of their opening three fixtures before defeat to Crystal Palace last time out.

Spurs will be hoping to mount a challenge for the top four and the presence of Harry Kane – kept out of the clutches of Manchester City this summer – will aid that pursuit, but a sustained push for the title looks a bridge too far for a side in transition.

The defeat to Palace highlighted there’s plenty of flaws for Nuno to iron out before Spurs can dare to dream about challenging the Premier League’s best sides.

Manchester United are the early leaders after four games, but are regarded as only fourth favourites for the title in the eyes of the bookmakers.

Ole Gunnar Solskjaer’s side have taken 10 points from four fixtures in an unbeaten start to the campaign, with the signings of Cristiano Ronaldo, Raphael Varane and Jadon Sancho having increased optimism around Old Trafford.

Ronaldo’s homecoming resulted in two goals against Newcastle and the five-time Ballon d’Or winner will spearhead the Red Devils’ chances, though concerns remain over the strength of the club’s midfield options and the lack of a specialised anchor.

The pressure is beginning to mount on Solskjaer to deliver silverware after almost three years in charge, with last season’s runners-up having failed to mount a genuine title challenge since the departure of Sir Alex Ferguson in 2013. If you want to keep and eye on how five time Ballon d’Or winner Ronaldo and his teammates get on this season all Premier League scores and results can be found on Oddspedia.com.

Liverpool are level on points with the league leaders at the top of the division, having made an impressive start to the campaign under Jurgen Klopp.

Title winners in 2019/20, the Reds struggled amid a succession of injuries to key personnel during a difficult title defence last season.

With Virgil van Dijk amongst those to have returned in a full compliment of centre-back options, Liverpool have a defensive foundation on which to build from and have kept three clean sheets from four fixtures to date.

The lack of depth in forward positions is a concern, particularly given the presence of a mid-season Africa Cup of Nations that will see Mohamed Salah and Sadio Mane depart for international duty.

Liverpool were, however, imperious during their title-winning season two years ago and hopes will be high that the Reds can replicate those showings and regain the Premier League this term.

Thomas Tuchel has made a huge impact since replacing Frank Lampard as Chelsea manager, with the German guiding the west Londoners to Champions League success over the second half of last season.

Tuchel has turned Chelsea into a defensive force with the Blues having kept 23 clean sheets since his arrival, more than any other side in Europe’s top-five leagues.

Chelsea’s defensive strength has been added to with the £97.5m signing of Romelu Lukaku at centre-forward, with the Belgian having already scored three goals in three league appearances to show he can be the difference-maker at the opposite end.

Chelsea’s squad is both talented and stacked and in Tuchel the club have a manager extracting the most from his options, a first league title since the 2016/17 season could be within reach this season.

Manchester City are the bookmakers’ favourites to defend their title this season, priced at odds of just 6/5 given their exploits in recent seasons.

Pep Guardiola boasts a squad capable of challenging on multiple fronts and City will again be strong, the arrival of Jack Grealish for a record-breaking £100m having only enhanced their attacking armoury.

The failure to sign a centre-forward is perhaps the sole concern surrounding the champions, a protracted pursuit of Harry Kane failing to reach a breakthrough with Tottenham.

City were beaten at Spurs in their Premier League opener before bouncing back to win three in succession, scoring 11 times and failing to concede during that period.

City will face both Chelsea and Liverpool away in their next three fixtures, an acid test for the defending champions and a pair of fixtures which could prove crucial to their hopes.