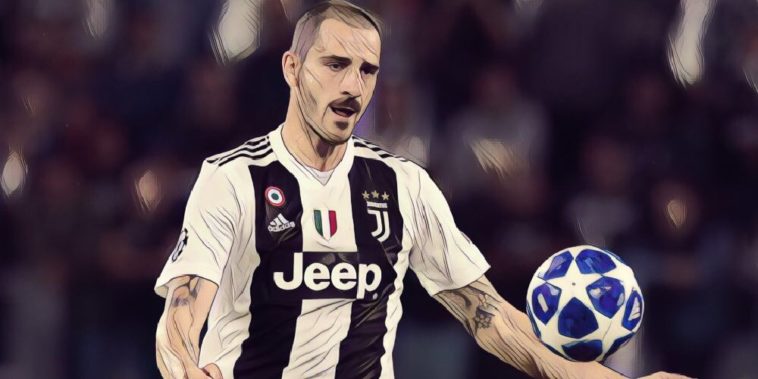 Juventus defender Leonardo Bonucci has revealed that he has previously rejected the opportunity to play in the Premier League, admitting to holding talks with both Manchester clubs.

Bonucci has been involved in two transfers in the last two summer windows, leaving Juventus to join Serie A rivals AC Milan in 2017, before returning to the Italian champions 12 months later.

On both occasions, he was linked with a move to the Premier League, with Man City, Man Utd, and Chelsea all linked with having an interest.

Now, with his Juventus side in England to face Manchester United in the Champions League tonight, the 31-year-old Italy international confirmed that he held talks with both Manchester clubs.

“Basically, there have been some possibilities, both with Man City and Man United,” Bonucci told the Daily Telegraph.

“With Man City, when I received an offer, I actually talked to the club, I talked to Juventus, and we decided it that it was good for me to stay and to keep on winning with Juventus.

“And this when I was told there was a possibility to go back home, to come back to Juventus, I just stopped listening to any other offers and decided to come back here.”

Manchester United were heavily linked with signing a central defender this summer, and when asked to clarify if there had been interest from the Red Devils this summer, he replied: “Yes.”

He did however add that he had no intention of moving to any other club other than Juventus once the Old Lady had signalled their interest in re-signing him:

“No. I feel at home. Here I really do my best, I just push myself to the maximum and that’s something at Milan I really didn’t manage.

“I didn’t succeed to achieve and that was probably because in my heart I had already made the decision that I wanted to go back home.