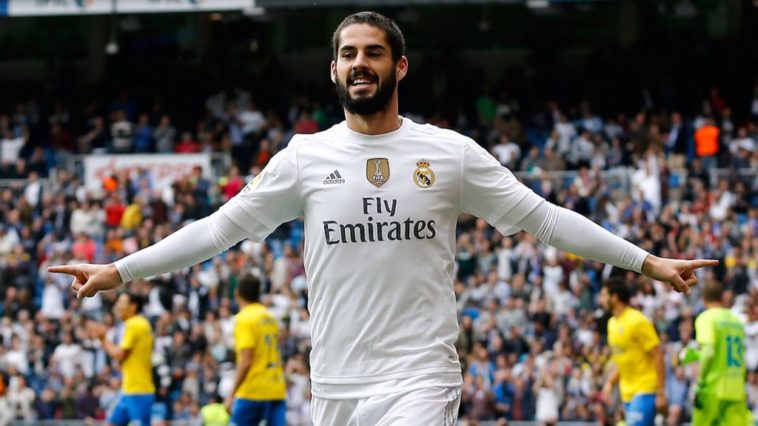 Liverpool, Manchester City and Arsenal have been dealt a transfer blow as Isco has revealed he is staying at Real Madrid.

Speaking after Real Madrid’s La Liga title win on a Sunday, Isco confirmed he is staying at the Bernabeu despite speculation surrounding his future.

“Do not worry the fans of Real Madrid. I will stay,”

“Yes, it was difficult for a while, but I have remained strong psychologically and I have received the support of everybody.

“It’s been some time coming, but it’s a dream come true to have won the title here, with my family and friends in my city.

“I’ll be forever grateful for the affection they’ve shown me. It’s a very sweet moment and you have to enjoy it. We’ve shown that we were capable of using the whole squad.”

The Spaniard has been linked with a move to a number of Premier League clubs over the past months, including Arsenal, Liverpool and Manchester City.

However, after becoming a key player in Zinedine Zidane’s Real Madrid side that has clinched the La Liga title and reached the Champions League final, Isco is set to stay.