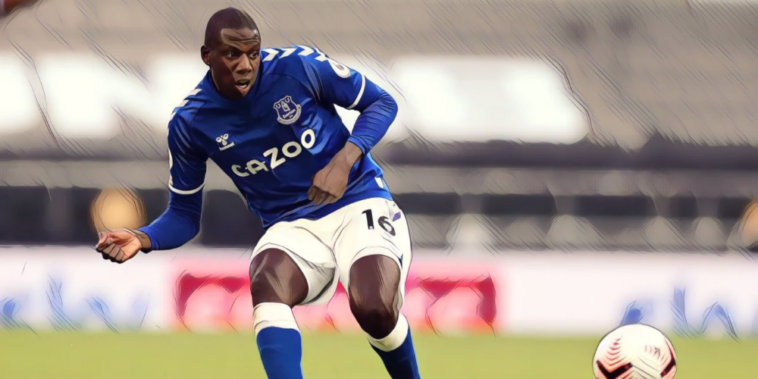 Everton have suffered a huge blow in their top four hopes, as Carlo Ancelotti confirmed that midfielder Abdoulaye Doucoure is set for a spell on the sidelines through injury.

The former Watford man has been almost an ever-present in his first season at Goodison Park, having featured 30 times in all competitions thus far, scoring three times and contributing three assists.

The 28-year-old missed just his second Premier League match of the campaign on Monday night against Chelsea, after starting 25 of the previous 26 league games.

That clash at Stamford Bridge saw the Toffees slip to a potentially costly 2-0 defeat in their battle for the top four, with the absence of key man Doucoure keenly felt in the visitor’s midfield.

According to the Athletic, while it has not yet been made clear what injury the Frenchman has sustained, rumours in recent days have suggested that he has suffered a broken foot, with the likelihood that he may not play again this season.

News of that injury will have been a real blow to manager Ancelotti, the Italian having seen a number of his players struck down with injury this term, something which could derail their hopes of a Champions League place as well as their chances of progressing in the FA Cup, with a quarter-final clash with Manchester City to come on 20 March.

The 61-year-old admitted that he wasn’t totally sure over the full extent of the injury, although he did reveal that the player will be out until at least the upcoming international break at the end of March.

“They are checking. We will be more precise in the next few days but for sure he’s out and until the break he will be out.

“I think it’s an injury which is quite important but I don’t know for how long.”