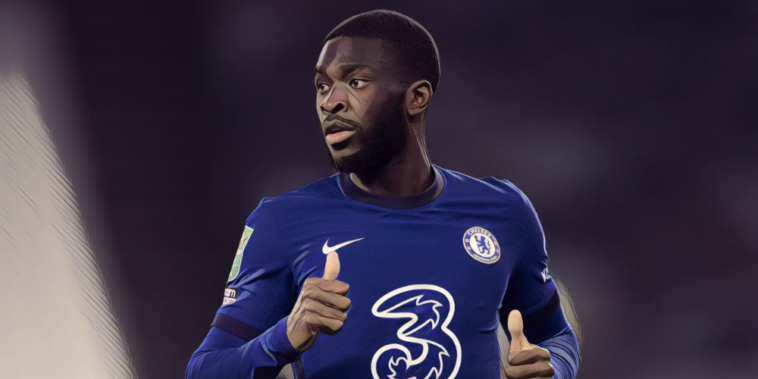 It seems a long time ago that people were criticising Chelsea’s use of their academy system, with a number of talented players having failed to make the grade despite success of youth level.

Frank Lampard’s appointment as manager contributed to a successful pathway between youth level and the senior side, the likes of Mason Mount and Reece James now established and important players at Stamford Bridge.

In addition to producing top-quality young talent, Chelsea’s successful academy has also been a welcome source of income for the Blues with the sales of Fikayo Tomori and Marc Guehi having raised significant funds this summer.

With fellow graduates Tammy Abraham and Conor Gallagher also linked with an exit from the club this summer, we look at the five biggest fees Chelsea have received for academy-produced players.

Ola Aina signed for Chelsea at u11 level and worked his way through the club’s academy ranks, forming part of the sides that won consecutive FA Youth Cups in 2013/14 and 2014/15, in addition to two UEFA Youth Leagues.

He made his debut under Antonio Conte in 2016, but made just five further senior appearances and spent time on loan with the likes of Hull and Torino, before signing for the latter on a permanent basis for a fee of £8.7m.

Aina – who has won 17 caps for Nigeria – has made 69 appearances for the Italian side, though spent the 2020/21 season on loan with relegated Fulham in the Premier League.

Bertrand Traore was also sold on to Lyon for a similar fee after just 16 appearances for Chelsea, the winger currently at Aston Villa following an £18m move last summer that saw the Blues reportedly earn an extra £1.23m as part of a sell-on clause.

Signed from Gillingham as a teenager before being inducted into the Chelsea academy, Bertrand enjoyed loan spells with five different lower league outfits before being handed his senior bow in 2011.

The following season saw the full-back feature sporadically, though he made a unique piece of history after becoming the first player in the Champions League era to make their competition debut in the final.

Bertrand was a shock selection as Chelsea beat Bayern Munich on penalties to be crowned champions of Europe, before enjoying the most productive season of his Stamford Bridge career the following season to make 38 appearances in all competitions.

The defender’s price-tag was eye-catching for a player without any top-flight experience, having made just two League Cup appearances for Chelsea, before an impressive 18-month loan spell in the Championship at Swansea.

Guehi formed part of the England u17 side that won the World Cup in 2017, featuring alongside names such as Phil Foden, Jadon Sancho and Callum Hudson-Odoi, scoring in the final win over Spain.

The centre-back will now hope to showcase his talent in the Premier League at Selhurst Park, as the Eagles invest in the future with a series of youthful signings.

Nathan Ake was prised from Feyenoord’s academy system before becoming part of Chelsea’s youth set-up, impressing during his rise through the ranks.

The defender was named as Chelsea’s Young Player of the Season in 2012/13 before developing his game with loan spells away, spending time with Reading, Watford and Bournemouth.

He signed for Bournemouth in a permanent £20m deal in 2017, becoming the most expensive signing in the club’s history and establishing himself as a key figure under Eddie Howe.

Ake’s performances across 121 appearances for Bournemouth attracted interest from the Premier League’s leading sides, with Chelsea linked with activating a £40m buy-back clause before the defender’s move to Manchester City last summer.

The 22-cap Netherlands international won the Premier League title during his maiden season at the Etihad, but made just 10 league appearances in a peripheral role under Pep Guardiola.

Chelsea have raked in £43m from the sales of Guehi and fellow defender Fikayo Tomori this summer, with the latter becoming the club’s most expensive academy graduate sale after joining AC Milan.

Tomori formed part of the club’s all-conquering youth sides before gaining first-team experience with Championship loans at Brighton, Hull and Derby, featuring under Frank Lampard at the latter before being handed his Chelsea chance by the former club great.

The centre-back initially started brightly during Lampard’s tenure and earned inclusion in the England squad, making his senior debut in November 2019 before falling out of favour at club level.

Tomori signed for AC Milan on an initial loan deal in January 2021 following a frustrating period on the sidelines, impressing during his spell at the San Siro before completing a permanent move.

He scored his first goal for the club in a 3-0 win over Juventus and became the first Englishman to score for the Italian side since David Beckham, helping Milan secure Champions League qualification for the first time since 2013/14.