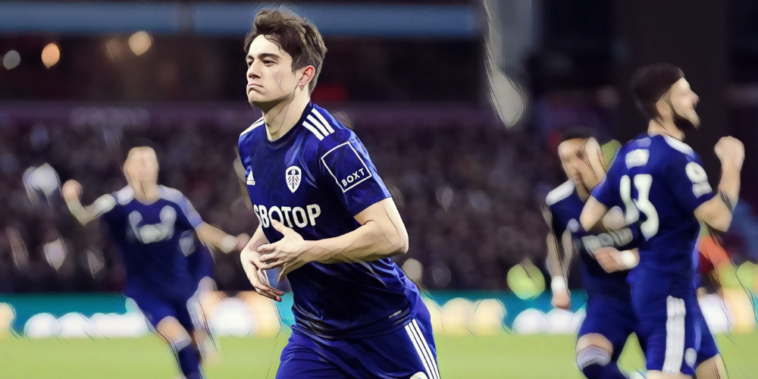 Marcelo Bielsa has discussed Daniel James’ new central role at Leeds after the forward scored twice in the club’s 3-3 draw at Aston Villa.

James has featured as a central forward in Leeds’ recent fixtures as the club look to cover the continued absence of Patrick Bamford, with the Wales international having produced a series of lively showings, including his two-goal haul at Villa Park.

Leeds travel to face Everton in the Premier League this weekend and ahead of the clash Bielsa has discussed James’ positional change, having operated in a wide role for much of his career so far.

Bielsa believes the 23-year-old ‘has the features’ to be a success centrally and has been pleased at how Leeds have adapted to their new frontline, having scored nine goals in their past four Premier League fixtures.

That is a wonderful finish from Leeds United's Dan James! 💛

The 24-year-old Welshman's third goal of the season takes the wind out of Aston Villa's sails. pic.twitter.com/d4m4XTMuPn

“No special work has been done. He has the features to be able to play in that position,” Bielsa told his pre-match press conference.

“The fact James was able to score goals has a special repercussion. To have scored nine goals in the last four games allows us to think it’s an attack that works. In some games one player scores and in another game someone else does.

“Some games you score and others you don’t. A mix of how it works and how effective it is. Produces final results that are different. The fact James scored, I don’t use it as a reason to prove me right. The arguments made after the game against Newcastle were legitimate in their conclusions.”