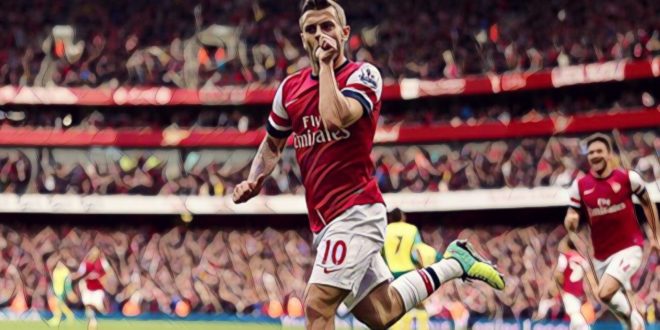 No ‘I’ in ‘Team’: Five of the best team goals in Premier League history

Harry Diamond 06/08/2020 Five of the Best, Opinion/Features Leave a comment

There are many different ways to score a goal, but perhaps none give Premier League managers as much satisfaction as a beautifully crafted team goal.

Watching on as a side you’ve placed together combine to devastating effect must surely rank amongst the leading coaching thrills, with intricate passages of play amongst the most aesthetically pleasing to watch in the modern game.

Solo slaloms and long-range thumpers often grab the headlines when it comes to the Premier League’s greatest goals, but we’ve decided to look back at some of the finest football produced by telepathic teammates throughout the years.

Here are five of the best team goals in Premier League history:

Chelsea may not have always played the most exciting brand of football throughout the years but for a two season spell under the guidance of Carlo Ancelotti it was party football at Stamford Bridge, the Italian’s free-scoring side becoming the first in Premier League history to score a century of goals during the 2009/10 campaign.

That season saw the west London outfit win a domestic double and leads us to this superb, almost piss-taking, passage of play – the Blues superstars combining in superb style against Bolton.

Nicolas Anelka dances in possession on the left-flank before clipping a delightful pass into the path of Deco, the Portuguese playmaker cushioning the ball on his chest into the direction of Frank Lampard.

Lampard, running away from goal, guides the ball on with a scorpion-esque flick of the heel towards Didier Drogba, who calmly rolls the ball home to complete a comprehensive 4-0 victory at the Reebok.

Over the years there has arguably been no Premier League side more committed to playing passing football than Arsenal, the north London side’s delightful combination play often leading to accusations of more style than substance over the past decade.

When the Gunners are in the groove, however, they produce football to leave the purists salivating.

Jack Wilshere claimed the Premier League’s Goal of the Season accolade for this sensational effort against Norwich during the 2013/14 campaign, a free-flowing one-touch move that unravels perfectly to open the scoring.

The move starts deep with Wilshere in possession inside his own half, before Arsenal break forwards down the left-hand side. An almost pin-ball exchange of passes begins with Santi Cazorla and the rampaging Wilshere, the duo combining in electric fashion with Olivier Giroud on the edge of the penalty area.

Wilshere and Giroud’s outside-of-the-foot one-two adds even more to the spectacle, an unforgettable team effort from a side which prides themselves on fluid football.

Later that same season and Arsenal were back up to their old antics, this time dissecting an overwhelmed Sunderland defence with another move of passing precision.

The move again starts inside the Gunners’ half with Cazorla and Wilshere once again leading the charge, the midfield technicians combining to drive the north London side forward.

Wilshere finds Rosicky out on the right-flank and the creative Czech takes over proceedings, driving inside and finding Cazorla before continuing his charge into opposition territory.

Cazorla’s fizzed pass into Wilshere sees the midfielder flick the ball back into Rosicky’s path, the playmaker free on the edge of the penalty area before playing a neat one-two with Giroud to burst into the box.

The quick combinations leave Rosicky with just the goalkeeper to beat, keeping his composure to dink the ball home and cap another vintage Arsenal attack.

Manchester United have a long and illustrious history of hurting opposition sides with clinical counter-attacks, perhaps none more ruthless than this display of team play against Stoke City in 2016.

The move starts with a casual chipped ball out of defence from Michael Carrick, Wayne Rooney laying-off the midfielder’s pass in the direction of full-back Matteo Darmian. The Italy international swiftly sends a long ball forward towards Juan Mata out wide, who waits patiently for red shirts to join him in attack.

Nimble footwork allows the Spaniard to find the surging Rooney in space, before the United captain delivers a cross-field pass towards the unmarked Anthony Martial. The French forward takes one touch to steady himself, before curling an unstoppable effort into the far top corner to double the Red Devils’ advantage and complete a classic counter.

This counter attack and finish by Anthony Martial vs Stoke is vintage Manchester United. 🔥 #mufc pic.twitter.com/3pncwQdDoc

Pep Guardiola’s influence on the Premier League is evident given the levels his Manchester City side have reached in recent seasons, the Etihad outfit setting new standards in terms of Premier League points and sublime tiki-taka football.

City’s deserved place on this list comes courtesy of a Leroy Sane effort scored against Arsenal in 2018, a goal wrapped in effortless excellence that incorporates all the principles of a Guardiola side.

It was a passage of play that happened almost like clockwork, City passing through Arsenal’s pressing play with a nonchalant air of arrogance, compiling 19 passes between seven players before Sane taps home the easiest of finishes from close range.

Seemingly so simple, yet so utterly effective.