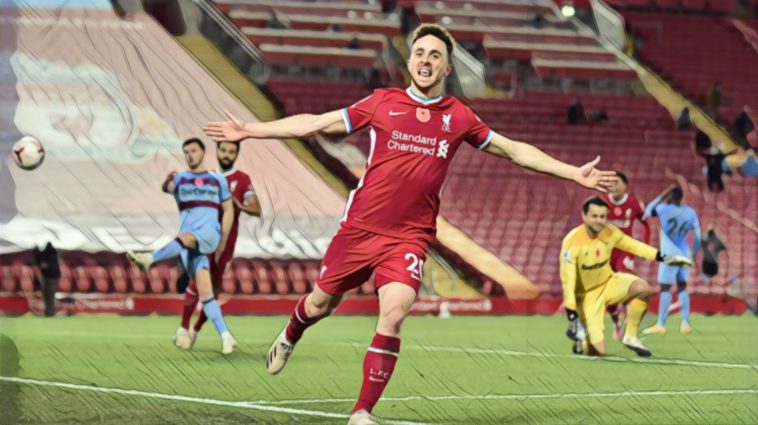 Recruitment is arguably the most pivotal part of Premier League management with coaches often defined by their signings, each transfer window providing an opportunity for managers to address their side’s issues.

Premier League clubs once again splashed the cash on a host of new arrivals during the summer, their combined spending in excess of £1.2bn – a figure only slightly less than the sums spent in Italy, Spain and Germany combined.

Several of the league’s summer signing have hit the ground running and we’ve decided to look at five of the very best to have made an instant impact.

Here are five summer signings who’ve been ripping it up at their new clubs:

Liverpool’s near-flawless run to Premier League title success last season left many wondering how and where Jurgen Klopp would strengthen his options during the summer, though the general consensus was that – for all their success – the Reds lacked attacking depth beyond their first-choice front three.

Sadio Mane, Roberto Firmino and Mohamed Salah have forged a fine understanding and are regarded as arguably the most dangerous forward line in Europe, but Liverpool’s summer signing of Diogo Jota from Wolves has provided the champions with high-quality competition and cover.

Jota had impressed during three seasons at Wolves but his signing still came somewhat as a shock, the efficiency in the manner of his £45m deal catching many by surprise.

Liverpool’s recruitment team have rarely faltered in recent years and the signing of the Portugal international already looks like shrewd business, Jota having enjoyed a blistering start to his career at Anfield with seven goals in just six starts in all competitions – including a scintillating Champions League hat-trick against Atalanta.

The 23-year-old possesses an almost perfect mix of talent, style and potential, a player capable of playing in a variety of roles across the forward line and one whose relentless work-ethic will only endear him further to both his manager and the Liverpool faithful.

Having initially arrived as cover for the front three, Jota’s fine form has increased the clamour for him to be handed a regular starting role, the star’s showings in stark contrast to the out-of-sorts Roberto Firmino.

The swift finding of his feet at Liverpool has already seen Klopp experiment with his system to accommodate his new arrival, Jota already looking like another potent weapon in the attacking arsenal of the champions.

Ziyech was the first of the arrivals to be announced with his transfer from Ajax agreed as early as February, though the subsequent spending – coupled with an injury sustained in pre-season – saw the playmaker slip somewhat under the radar.

The 27-year-old has returned to fitness in recent weeks and has made an immediate impact upon his first starts in a Chelsea shirt, scoring his first goal for the club against Krasnodar in the Champions League before starring in Premier League victories over Burnley and Sheffield United.

The Moroccan magician has scored two goals and provided a further three assists in those fixtures, his creative quality and dangerous delivery from the flank adding a new threat to Lampard’s emerging side.

Hakim Ziyech created six chances for Chelsea against Sheffield United, the most any Premier League player has created in a single home game this season.

Ziyech’s vision and passing ability have already stood out, whilst he has shown promising signs of forming a strong understanding with Reece James on the right flank, his tendency to cut inside on his stronger left foot allowing space for the rampaging right-back to exploit.

Lampard has spoken of finding the balance between defence and attack this season and Ziyech looks the key to that, his ability to unlock even the tightest of defences an asset which could prove crucial as the season progresses.

After surviving relegation by the narrowest of margins last season, Aston Villa have bounced back in some style to enjoy a brilliant start to the new campaign, their revival boosted by a host of shrewd signings during the summer.

Club-record signing Ollie Watkins has thrived with six goals in seven appearances and the likes of Matty Cash and Emiliano Martinez, though it is the performances of Ross Barkley which have most captured the attention at Villa Park.

Barkley was once tipped to be a star for club and country, though the midfielder has often flattered to deceive despite glimpses of his obvious talent, his move to Chelsea from boyhood side Everton having failed to work out as hoped.

Deemed surplus to requirements at Stamford Bridge he signed for Villa on a season-long loan deal, where has swiftly found a home as Dean Smith’s marauding midfield playmaker.

The England international has scored three times and provided an assist in six starts in all competitions, whilst his flourishing relationship with Jack Grealish has been a staple of Villa’s season so far.

Ross Barkley playing like he hasn't got a care in the world is very enjoyable. He's always had the talent but there's no point crowbarring a five-a-side player like that into an overly-structured system. Astonishing goal. pic.twitter.com/LLOQ78GXcy

Barkley had fallen out-of-favour at international level following his struggles at Chelsea, though will surely have aspirations of breaking back into Gareth Southgate’s thinking given his current form.

The 26-year-old has been a key figure as Villa have won five of their opening seven fixtures, a fine resurgence for both club and player.

Another player likely to have their eye on an England recall is Callum Wilson, the forward enjoying his football once more after a summer switch to Newcastle.

Last season proved one of struggle for Wilson as Bournemouth were relegated to the Championship, the 28-year-old faltering after a fine start to score just three goals in his final 29 league appearances as the Cherries slipped into the second tier.

Wilson was handed a Premier League opportunity when Newcastle came calling during the summer with Steve Bruce desperate to add firepower to a side that has long struggled for goals, his arrival handing the Magpies a focal point and proving crucial to their solid start.

Wilson has scored six goals and provided an assist in seven appearances so far this season, a remarkable record for a player featuring in a side that creates limited opportunities for their attacking talent.

Forwards capable of scoring goals with regularity at Premier League level are a priceless commodity and Wilson’s £20m fee is beginning to look like money very well spent in the current market, the star amongst a number of English strikers thriving in the early weeks of the season.

There are few supporters who appreciate a goalscorer quite like those of Newcastle and the Geordie faithful will be hoping Wilson’s hamstring injury sustained last week is not as bad as first feared.

Arsenal spent big on deadline day to secure the signing of Thomas Partey from Atletico Madrid, the midfielder arriving as the final piece of an impressive summer of recruitment from Mikel Arteta.

The Ghana international – alongside centre-back Gabriel – has instantly upgraded the spine of the Arsenal side and has provided a presence that has long been lacking in the Gunners’ engine room.

Partey is a powerhouse of a midfield talent and a throwback to the all-action style of former favourite Patrick Vieira, the 27-year-old strong in the challenge, technically excellent and seemingly capable of covering every blade of grass.

The summer signing was outstanding in Arsenal’s 1-0 victory at Manchester United earlier this month, his domineering presence a welcome introduction to the north London side who have so often been lacklustre and powder-puff in the heat of battle in recent seasons.

Far more than simply a defensive-minded anchor man, Partey is a box-to-box presence capable of influencing the play at both ends of the pitch and a player who looks capable of becoming Arsenal’s midfield general.