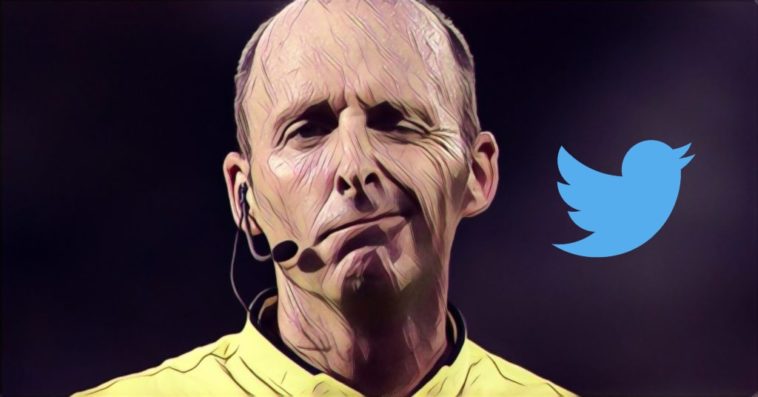 The funniest and best football-related tweets from the week gone by, featuring a bizarre advert from a bookmaker, Fulham’s future summed up in one sentence, Luton Town’s lovely stadium, Mike Dean’s antics, Barcelona virtually admitting their entire team was bad on Sunday, and the birth of the Harry Maguire/Son Heung-Min finger-pointing meme.

1. Rhodri Giggs wants you to know he’s not bitter, at all.

2. Gazing into the crystal ball.

At some point in the next few years, Fulham – 8th in the Championship under Quique Sánchez Flores, Dwight Gayle up front, shirts made by Macron – are going to wonder what the hell they were trying to do in 2018/19

3. When football grounds are literally a part of the community.

Luton Town potentially in the Championship next season. Amazing. pic.twitter.com/9eTObYv7uv

4. The club shop stopped selling these precisely 0.1 seconds after this appeared on the telly.

5. Getting value for money with live sports? Pfft.

GLAD I PAY FOR ELEVEN SPORTS ONLY TO BE TOLD I CANNOT WATCH THE MADRID DERBY PLAYED IN FUCKING SPAIN BECAUSE OF THAT STUPID FA RULE WHICH I DON'T SEE HOW IT CAN BE LEGALLY BINDING TO GAMES IN EUROPE. WHAT A FARCE. ANOTHER REDDIT STREAM IT IS THEN FUCKING HELL

6. Guardiola’s fascinating explanation of his starting line-up and formation against Arsenal.

Guardiola was asked if he comes up with complicated starting line-ups, like against Arsenal, to surprise the opposition. He said no, and then explained the Arsenal line-up, which is pretty interesting pic.twitter.com/bkY2uQvNBv

Sterling just did Azpilicueta so wrong. Made that man feel the limitations of his physical ability with a simple dribble and goaded him into a foul in the box. I would say this is hard to watch but I'm enjoying it.

9. When official club Twitter accounts roast their own players.

10. Something tells me we’ll be seeing a lot more of this meme format in the future.