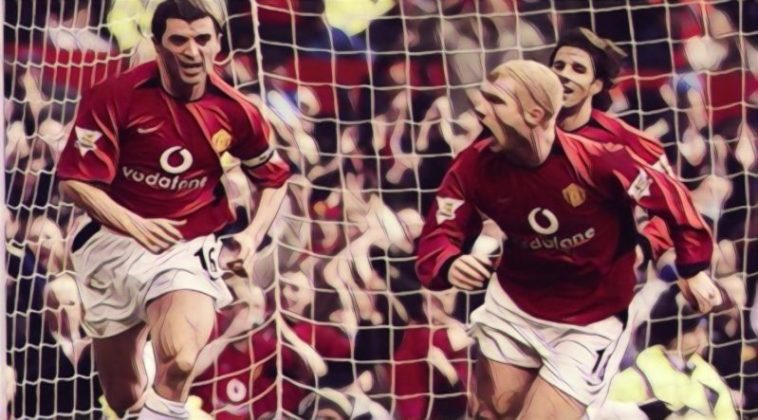 The once hallowed 4-4-2 now seems rather out dated and dull. As the old faithful formation has bitten the dust in many corners of the game, so too has the celebrated midfield partnership.

Once as crucial as your centre-back or forward pairing, the midfield duo have been hugely important in winning titles and grabbing points.

Here’s a look at five of the best.

Some players just naturally gel. A lad from Huyton and a slick lad from The Basque Country were naturally in sync with each other from day one.

Gerrard was the energetic, box-to-box tour de force. Alonso was more measured in his style, almost languid. Fewer modern day Liverpool players have been as classy on the pitch or as deadly with a long ball as the former Real Madrid and Bayern Munich legend. He could always pick up Gerrard’s runs with his laser guided passing as Liverpool engulfed teams with their lethal counter attack in Benitez’s heyday. Gerrard also thrived with such a top class operator and no doubt upped his game with such an esteemed partner on the books.

Despite their vast wealth and growing confidence as a football club, Manchester City still had to learn how to become title winners after so long in the wilderness. Perhaps their wait for honours would have been longer and more painful without the wonderful partnership of Yaya Toure and Fernandinho.

This pairing were a class act, complementing each other greatly and allowing City to thrive. Fernandinho, like Essien with Lampard, did the hard yards in front of the back four. He would often be seen putting a shift in and mopping the play up before distributing the ball to his more technically gifted colleague.

Yaya was duly allowed to get forward and wreak havoc as he became instrumental in City’s attacking play and showed Barcelona that they may have been a little hasty in getting rid of him. A class double act if there ever was one.

As Chelsea emerged from a nearly team to a feared, respected side in Europe it was this formidable pairing in Midfield that helped take them to the next level.

Lampard and Essien were perfect for each other. The Ghanian would sit and hold in front of an already formidable back four, allowing Lampard vital freedom to get forward and score almost at will. Like his club, Lampard emerged as a player on the cusp of greatness, to go and be come of the Premier League’s finest ever goal scorers.

Essien had the head of a wiser, tough pro. Not afraid to fly into challenges, he became a formidable number six at The Bridge for many years. Without his fearsome partner, Lampard may never have gone on to be as prolific and revered.

It would be impossible to do this article without a nod to Wenger’s great Arsenal team.

Viera and Petit were the crucial complements in a midfield that revolutionized the Premier League. In all honesty, you could have had Viera and anyone else, he was that much of an influence on Arsenal’s midfield. A truly formidable figure who Arsenal have arguably never replaced. Viera could do the physical stuff yes, but he was also a top class footballer able to distribute and carry the ball from his number six position at the base of the midfield, and link up effectively with the attack.

Petit was yet another top class Wenger player of that era. The World Cup winner was a wonderful talent on the ball, a bit like Alosno, not a great goalscorer, but he had an excellent football brain. He possessed the selfless ability to bring his forward colleagues into the action with clever, well timed passes and ceaseless runs forward with his fellow countryman holding the line behind him. Like Viera, Petit was a great character and presence on the field who added real quality to an already gifted side.

Saving the best for last. In what could perhaps be the last example of a dominant force in the Premier League, Roy Keane and Paul Scholes were the beating heart of Ferguson’s great United side. Keane was the personification of a midfield enforcer, a cold eyed, tough tackling general whom the midfield was built around.

Scholes on the other hand became one of the greatest midfielders of his generation. He confounds the argument that England struggles to produce top class ball playing midfielders. In a career spanning two decades, it was his stint alongside Keane, which allowed him to shine the brightest. His movement, passing and final ball were outstanding and many a United striker was given plentiful service and flow from Oldham’s finest export. He was also a prolific goalscorer in his earlier years, chipping in regularly with double figures to the joy of the Old Trafford faithful.

Like all great partnerships, there’s was one built on mutual respect, Scholes could glide forward safe in the knowledge that he had the Irishman patrolling and snarling behind him.  Few sides could match that nineties United team with those two at the peak of their powers.