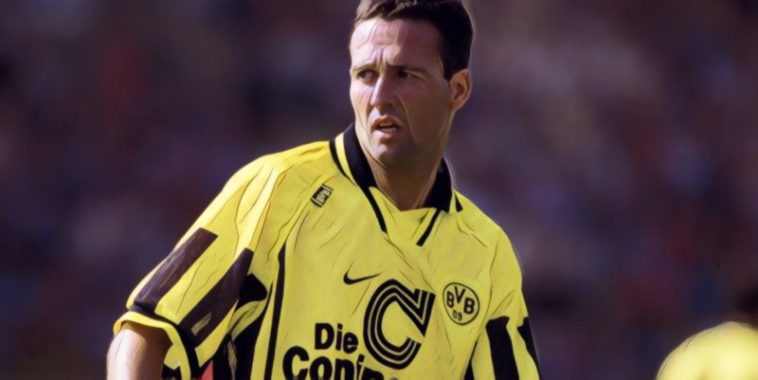 The Bundesliga becomes the first major league to make its return this weekend, in what is likely to be a much different spectacle to the usual excitement of one of Europe’s most fascinating competitions.

Several young British talents have ventured over to Germany in recent years in search of first-team opportunities, a path that was once well-trodden by some more established names from these shores.

Here are the five British players who made the biggest impact in the Bundesliga:

Keegan had cemented himself as a star during six seasons at Liverpool, winning three league titles and being named as the runner-up for the Ballon d’Or following the club’s first European Cup victory in 1977.

The England international, however, was keen on a new challenge and the opportunity to join the financially-backed Hamburg saw Keegan head to the Bundesliga in a German record deal that same year.

Hamburg – who had never previously won the Bundesliga – had seen heavy investment from Japanese manufacturing firm Hitachi and their new found wealth saw Keegan attracted to Germany, where he further established himself as one of the best players in Europe and as a firm fans’ favourite.

During three seasons with the club Keegan helped Hamburg to two Bundesliga titles and the final of the European Cup, whilst he would also win the Ballon d’Or in consecutive years in 1978 and 1979 – becoming the first and so far only English player to be named as Europe’s finest on multiple occasions.

Christened Mächtig Maus (Mighty Mouse) by the adoring Hamburg fans, Keegan’s arrival proved the catalyst behind awakening a sleeping giant of German football and he remains one of the club’s greatest ever players.

He returned to English football with Southampton in 1980 having scored 40 goals in 113 appearances.

Woodcock came through the academy ranks at Nottingham Forest before playing a key part in a golden period for Brian Clough’s side, winning a league title, League Cup and European Cup under the legendary manager’s guidance and being named as the PFA Young Player of the Year.

The forward’s performances during Forest’s to European success attracted the interest of German side Cologne, who had been eliminated by the East Midlands outfit at the semi-final stage.

Woodcock moved to the Bundesliga in a £600,000 deal where he quickly made an impression on the home support, scoring 28 goals in 81 appearances and forming a fine understanding with Dieter Mueller in attack.

Silverware would agonisingly prove elusive for the England international, however, Cologne finishing as runners-up in both the Bundesliga and German Cup during his time with the club before a move to Arsenal in 1982.

Woodcock spent four seasons in north London before a second stint in Germany with Cologne, scoring a further 11 goals in 49 appearances over two seasons.

Paul Lambert spent just a single season in the Bundesliga with Borussia Dortmund, but the former Scotland midfielder will always hold a special place in the hearts of the club’s famed ‘Yellow Wall’.

Dortmund signed the midfielder on a free transfer following the expiry of his Motherwell contract in 1996, Lambert having impressed against the German outfit during the previous season’s UEFA Cup.

Lambert had headed to Dortmund after a previous unsuccessful trial at PSV Eindhoven, and has spoken about overcoming incredible self-doubt to become a cult hero at the Westfalenstadion.

His sole season in the German football saw Dortmund embark on a memorable run to the Champions League final, Lambert outstanding in both legs of the semi-final victory over Manchester United.

The final saw the Scot star once more in a Man of the Match performance, registering an assist and shackling the talents of Juventus’ Zinedine Zidane as Dortmund were crowned champions of Europe, Lambert becoming the first British player to win the European Cup with a foreign side and the first to win the trophy in the Champions League era.

Lambert returned to Scottish football with Celtic later that year, his spell in Dortmund short but somewhat improbably sweet.

Owen Hargreaves became the first player to play for England despite having never lived in the country, having made quite the impression during the early years of his career at Bayern Munich.

Born in Canada to British parents before moving to Germany to pursue his footballing career, the midfielder broke into the Bayern side as a teenager during the 2000/01 season and won a Bundesliga and Champions League double during his debut campaign in the Bavarian’s first team.

Hargreaves spent seven seasons with Bayern and added a further three league titles and three German Cups to his extensive silverware collection, becoming the most decorated British player in the history of the Bundesliga.

A hard-running, authoritative midfield presence, Hargreaves made 218 appearances and scored ten goals for Bayern before a £17m move to Manchester United.

Despite winning both the Premier League and Champions League at Old Trafford his time in English football was largely hindered by a nightmarish run of injuries that saw him retire aged just 31.

The trailblazer for the young British talents heading to the Bundesliga at present, Sancho decided to take a leap of faith in joining Borussia Dortmund after becoming frustrated at a lack of opportunities at Manchester City.

The Premier League’s glass ceiling has been navigated in some style by Sancho’s switch to Germany, the winger establishing himself as a senior England international following his breathtaking development at the Westfalenstadion.

Sancho has emerged as arguably the most exciting young talent in world football following his exposure to regular first-team football in Dortmund, becoming the highest scoring teenager in the history of the Bundesliga.

The winger has taken to Germany’s top flight as if he were playing among friends in the playground, combining sublime skill with devastating end product to become a potent attacking weapon for Lucien Favre’s side.

He has scored 27 goals and provided 37 assists in just 69 Bundesliga appearances, Sancho seemingly on an upward trajectory to becoming one of the world’s very best.

Europe’s elite are now closely monitoring the 20-year-old ahead of a potential mega-transfer, one which Sancho is likely to take in his stride with the unshakeable self-confidence that has defined his career to date.