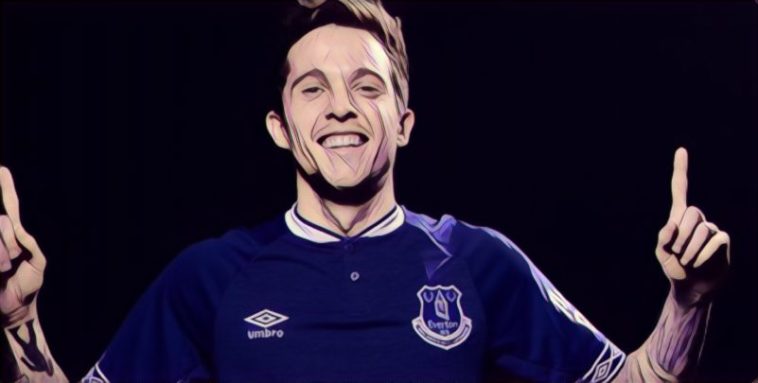 Everton completed the signing of highly-rated playmaker Bernard from Shakhtar Donetsk earlier today, with the Brazil international revealing that Toffees boss Marco Silva was the main reason he chose to move to Goodison Park.

The diminutive 25-year-old joins Everton on a free transfer after spending five successful seasons in the Ukraine after moving their from Brazilian side Atletico Mineiro in 2013.

Speaking at his official unveiling he gave the standard speil about being happy to join a club with as rich a tradition as Everton, although he did not go as far as his fellow Toffee Richarlison, who rather amusingly claimed that he had been a boyhood Toffees fan in Brazil.

“I chose Everton because of all the things I had heard about Marco Silva and after speaking to him I was happy with what he said to me,” Bernard told evertontv.

“The manager made me feel confident about playing here. He is a very good coach and he has achieved really good things at other clubs.

“Everton is a club with a great structure and a lot of tradition, historically the fourth most successful club in England. When I found out about this opportunity and what the manager wanted out of me I was happy.

“That is why I made my choice, because of the confidence both the manager and the club showed in me. I did not need any convincing to come here. I believe I will be able to show my best as a player here.”