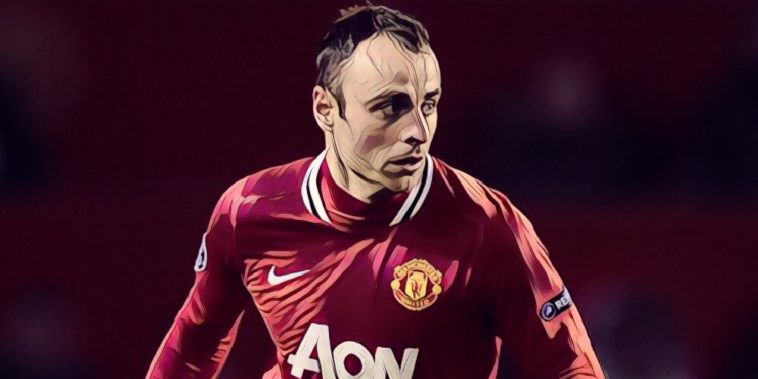 Dimitar Berbatov has said that Manchester United’s history, players and tradition were just some of the reasons that made him choose them over their Manchester rivals, Man City.

The Bulgarian made a £30 million move from Tottenham to Manchester United on transfer deadline back in 2008 having been linked with a move to Man City.

Speaking to FourFourTwo however, Berbatov revealed that his mind was made up once he learned of Sir Alex Ferguson’s interest in his services, despite more money being on offer from the Citizens:

“I don’t think it was that close, to be honest.

“My agent told me about some interest [from City] but I said, ‘Don’t even bother mentioning anyone else, I’m going to Man United,’ because of the history, the players, the tradition, everything.

“I think it was the night before City signed Robinho from Real Madrid and my agent said, ‘Berba, there’s another team in for you’. I said, ‘We’re going to Man United’. He said, ‘But they’ll give you more money!’

“It’s not all about the money sometimes, though. I was like a horse with blinkers. For me it was the right decision because going to the top of the mountain was my dream, especially when you come from Eastern Europe, from a small town, and no one’s done it before you. It was a great feeling.”

Berbatov’s decision to move to Old Trafford would be vindicated, winning two Premier League titles during his four-year spell with United, as well as winning the Golden Boot in the 2010/11 season after scoring 20 league goals.