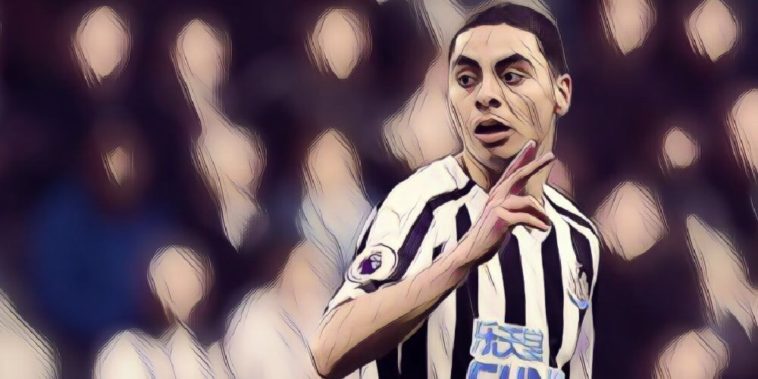 Rafael Benitez had some words of praise for Newcastle United’s record signing Miguel Almiron, who has impressed in his first three games in the Premier League.

While the attacking midfielder, who joined the Magpies from Atlanta United for £20m in January, is yet to score or assist a goal for his new side, the Paraguayan has injected much-needed fluidity to a static Newcastle United front line.

The Tyneside club are yet to lose with Almiron in the side, scoring five goals in wins over Huddersfield and Burnley as well as a really good draw away at Wolves, pleasing their Spanish manager no end.

“He has given us some energy and mobility, he is dynamic,” Benitez told the BBC after his sides 2-0 win over Burnley last night.

”It is a question of time when he knows everyone better and he will have more chances. We have two options with Atsu too, so then you can change and manage.

“We still have to keep winning games and do what we are doing already, we continue to do the same great performance like today with great team spirit.”

Newcastle have pulled away from the relegation zone in recent weeks, moving up to 13th in the Premier League table, seven points ahead of third-from-bottom Southampton.