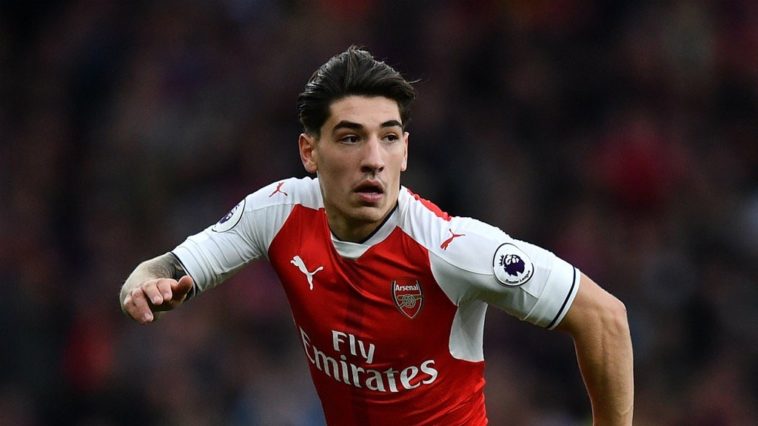 Arsenal right back Hector Bellerin has been linked with a return to Barcelona, and he is flattered to hear those links.

Bellerin is a product of the Barcelona academy, before moving to the Emirates to finish his development back in 2011. Since then, he has developed into a fine right-back. He made his Arsenal debut back in 2013 before being sent on loan to Watford for the rest of the season. He was however recalled by Arsenal in the wake of an injury crisis.

Since then, he gone on to make 114 appearances for the Gunners, scoring four goals, and apparently attracting the attention of his former club Barcelona.

Speaking to Sport, Bellerin said there has been no contact with the Catalans, but he was glad about hearing such links:

“That’s something I’m not aware of. I have a deal with Arsenal, but in football you never know what can happen.

“It’s huge praise to hear that [Barcelona are interested], I’ve always said that. It’s the club I grew up at from a young age, the best club in the world and their interest fills me with joy. It’s flattering, of course. But I am an Arsenal player, with a contract there and the rest is kept away from me.”

Barcelona have been linked with making a £45m move for the 22-year-old. They have apparently lined up Benfica right-back Nelson Semedo as an alternative to the Arsenal defender.