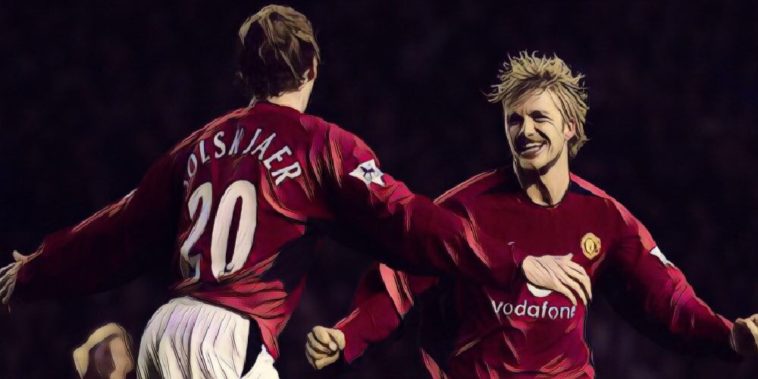 Manchester United confirmed on Thursday morning that Ole Gunnar Solskjaer had penned a three-year deal to officially replace Jose Mourinho as the club’s permanent manager after steering the Red Devils towards the top four and into the Champions League quarter finals.

The Norwegian has lost just one Premier League game since taking over at Old Trafford, a run which has seen Manchester United overhaul an 11 point deficit to the top four, with Solskjaer’s side now sitting level on points with third-placed Spurs.

Now, speaking at the Bahrain F1 Grand Prix on Sunday, United legend David Beckham has said that his former teammate is fully deserving of the opportunity to lead the 20 time league winners on a permanent basis after his ‘incredible’ audition.

“It’s great, he’s done an incredible job so he deserves the contract that he’s got,” Beckham told Sky Sports.

“He’s loved by the fans and the players and every individual that’s at the club. He’s done a great job so far and it will continue.

“Real fans love him and it’s great for the club and great for him.”