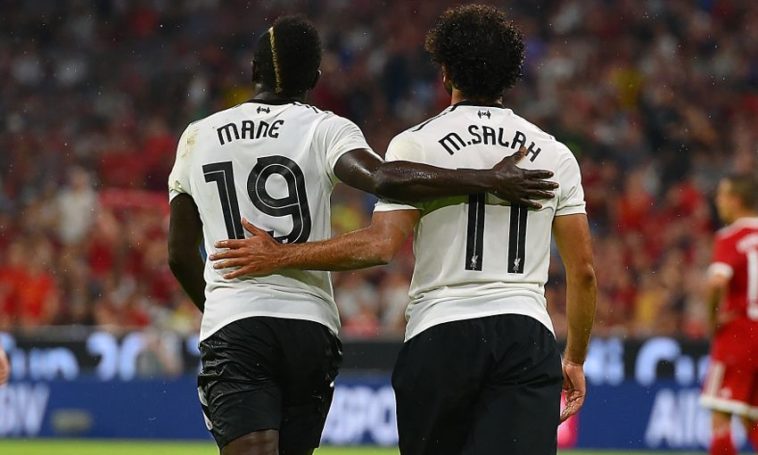 On a stormy night at the Allianz Arena Liverpool beat Bayern Munich 3-0 in the Audi Cup semi-final. Here are five things we learned.

A Friendly Only in Name

The Audi Cup might be a friendly tournament but there’s been nothing friendly about it yet. The other semi-final between Atletico and Napoli was heated and even involved a red card. That temperament continued in to this game.

Liverpool weren’t afraid to put a tackle in and was consistently breaking up Bayern’s play with tough tackles. Meanwhile on the other side Bayern’s Rafinha put a few harsh tackles in on Sadio Mané. It’s unlikely the winger would have appreciated that considering he is just coming back from a lengthy injury layoff.

The Audi Cup was intended to provide top teams with competitive games over the pre-season. That competitiveness should be welcomed by the managers but some of the hard tackles may leave a sour note if they result in injury.

Liverpool came in to the match as underdogs as they were playing the hosts Bayern in their own backyard. However Liverpool’s record against top teams presented itself again.

Last season the Reds had the best record in head-to-heads against the top six teams and they showed why against Bayern. Liverpool’s quick counter attacking and high pressing exemplified a Jürgen Klopp team at its best.

One thing that can be taken away from this game is that Liverpool’s strong record against top teams isn’t going away anytime soon. In fact it wouldn’t be a surprise if Liverpool impressed more in the Champions League than the Premier League this season considering the nature of the opponents.

Liverpool’s defence is far from perfect but they did an excellent job at shutting out the Bayern frontmen. Robert Lewandowski, Thomas Müller and Franck Ribéry barely had a chance all game which is not something that is said very often.

The two fullbacks, David Alaba and Rafinha, provided Bayern with momentum going forward but time and time again they were halted by packs of onrushing Liverpool players. This meant that the front three failed to receive quality service and as such looked isolated, particularly Lewandowski.

Daniel Sturridge came off the bench to net his first goal of pre-season but shortly afterwards he was heading back there again. After just 15 minutes Sturridge managed to pick up yet another injury from a seemingly innocuous shot at goal. He scored a well-executed delicate chip over the ‘keeper but somehow managed to incur a thigh injury in the process.

It will be of huge concern to Klopp if the injury turns out to be serious. Especially considering he has spent much of pre-season stating that Sturridge is in his best shape for years. The extent of the injury is unknown but Liverpool will be hoping it turns out to be nothing serious.

With Nathaniel Clyne still out injured and expected to miss the season opener against Watford his replacement has been impressing once again. Trent Alexander-Arnold has been making a name for himself over pre-season.

During the Premier League Asia Trophy, Alexander-Arnold dealt comfortably with Wilfried Zaha and Marc Albrighton. He can now add Franck Ribéry to that list. Jürgen Klopp has admitted that Alexander-Arnold is a tremendous prospect but still has a lot to work on defensively. However, if he is capable of dealing with Ribéry so effectively you have to wonder if he really has that far to go.