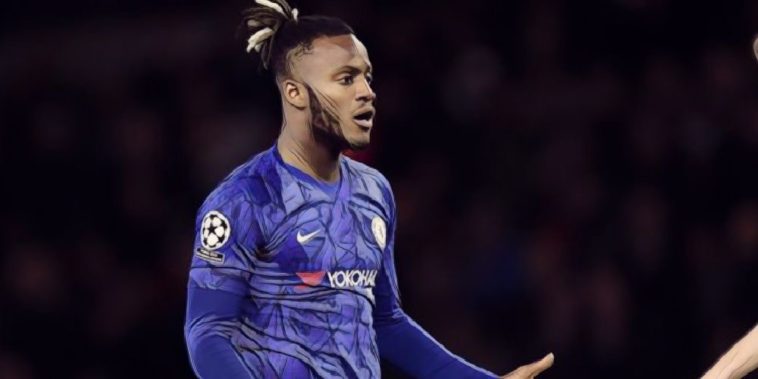 Michy Batshuayi is said to be ‘highly unlikely’ to leave Chelsea this month, despite Aston Villa having apparently made enquiries about the forward.

Tammy Abraham has led the line for Chelsea, scoring 14 goals in all competitions for the Blues this season, with Batshuayi only being afforded a bit-part role by Frank Lampard.

The Belgium international has made 17 appearances in all competitions for the Blues this season, though has started just twice, both in the Carabao Cup, with the 26-year-old netting three times.

The forward is apparently attracting the attention of Aston Villa who could enter the loan market for a new striker, the Villains currently sweating on the fitness of club-record signing Wesley after seeing the Brazilian stretchered off during their 2-1 win over Burnley on New Years Day.

There are fears that the Villa number 9 could miss the remainder of the season due a suspected knee ligament injury, though according to Sky Sports, Batshuayi is likely to reject a move away from Stamford Bridge, the former Marseille striker wanting to ‘stay and fight for his place’ in Frank Lampard’s side.

Batshuayi spent the second half of last season on loan at Crystal Palace, netting five goals in 11 league appearances for the Eagles.

Meanwhile, The Sun reckons Batshuayi’s Blues teammate Olivier Giroud could also be a target for Villa, the Frenchman thought to be keen to leave the club to bolster his chances of featuring in this summers European Championships.

See also – Worst of the 2010’s: Five of the biggest Premier League transfer flops this decade