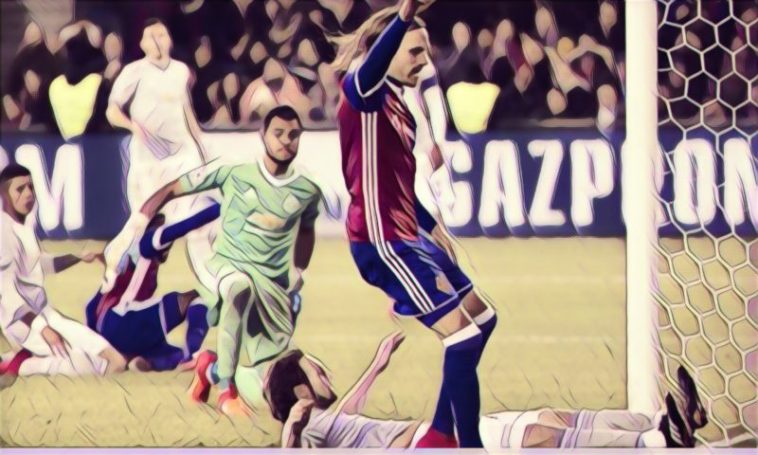 Manchester United were denied the point they needed to top their Champions League Group as they lost 1-0 to Basle in Switzerland tonight. Jose Mourinho’s side will still progress to the knock-out stages of the competition as group winner if they avoid a 7 goal defeat by CSKA Moscow in the next match day, although their manager will be bitterly disappointed with the nature of their defeat in Switzerland.

United dominated the first-half and should have been at least a couple of goals up by half-time without even breaking sweat. However, Jose Mourinho’s men took their foot off the gas in the second period and were punished late on when Basle wing-back Michael Lang stole in at the back post to tap home a famous winner for the Swiss side. Let’s see how the United players rated …

No chance with goal. Once again showed what a really solid back-up option to De Gea he is.

Should have done better when in decent crossing positions in first-half, looked nervy as Basle pushed forward late on.

A decent display by the experienced centre-back, must have taken Gareth Southgate criticism of his passing seriously as he even tried to pass the ball forward instead of sideways on a couple of occasions.

A really positive performance on his return to the team by the Argentina international. Hit the bar with a 45-yard-strike in first-half and made one goal saving block in second.

Rarely lets United down, but this was an off night for the normally reliable utility man. Struggled when Steffen ran at him and lost his man badly at the back stick for the goal.

Should have done better with at least one of his headed chances in first-half. Caught out of position repeatedly in second period which left his defence badly exposed.

Neat and tidy in possession. Badly exposed as the rest of the midfield became complacent and pushed forward in search of a goal.

The best player on the pitch until his withdrawal on 65 minutes. Mourinho was right to manage his minutes as he returns from a long-term injury, but he was badly missed and United barely created any chances once he left the pitch.

On night’s like this you really wonder how this fella is anywhere near a Manchester United squad let alone starting a Champions League game.

A lot of the criticism aimed the big strikers way recently has been over the top, but he was poor here tonight, far too often he was beaten to the ball by his marker and his hold play was shocking. Really needs to sharpen up certain areas of his game.

Some positive running and a couple of superb crosses that deserved better.

Good to see him get more minutes under his belt, but failed to make much of an impact.

Has been a revelation since signing from Chelsea, however there’s no denying it, the big Serb was really sloppy after his introduction and gave the ball away in the build up to the goal.

Had one decent effort that went just wide, apart from that did very little.