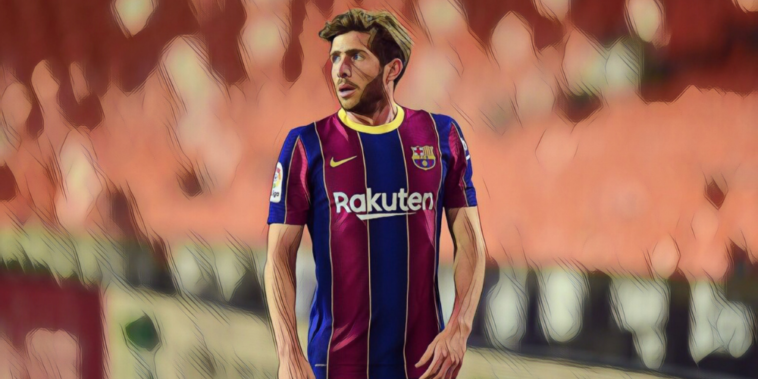 Sergi Roberto is understood to be interested in joining Manchester City, if the Barcelona defender fails to agree a new contract at the Camp Nou.

Roberto’s future with the club remains uncertain as he prepares to enter the final year of his contract with the Catalans, with the 29-year-old having endured a disappointing season amid form and fitness issues.

The versatile right-back has been linked with an exit with Manchester City reported as potential suitors, the Premier League champions having previously expressed an interest in the Spaniard’s services last summer.

Barcelona are keen to lower their wage bill this summer in a bid to cut costs and Roberto could be allowed to depart, the performances of US international Sergino Dest lessening the need for a player who will turn 30 next season.

Pep Guardiola is understood to be an admirer of Roberto’s talents and Sport are reporting the former Barcelona coach could view the full-back as useful addition for the Premier League champions, valuing the player’s ‘professionalism’ and ‘attitude’.

Potential interest from City also opens up the possibility of Aymeric Laporte heading in the opposite direction, the centre-back attracting interest from Catalonia after becoming frustrated at a reduced role this season.

The 27-year-old has been ousted from the starting side by Ruben Dias and John Stones for much of the past campaign and could be open to a return to Spain, having come through the academy system at Athletic Bilbao.

Laporte also recently changed his international allegiance from France to Spain and has been included in the latter’s squad for this summer’s European Championship.

Read – Every ‘big six’ side’s most improved player this season